The three-day awareness campaign on COVID-19 vaccination covered the entire villages along the NH-37, including Oinamlong ADC segment and Phaitol Segment. 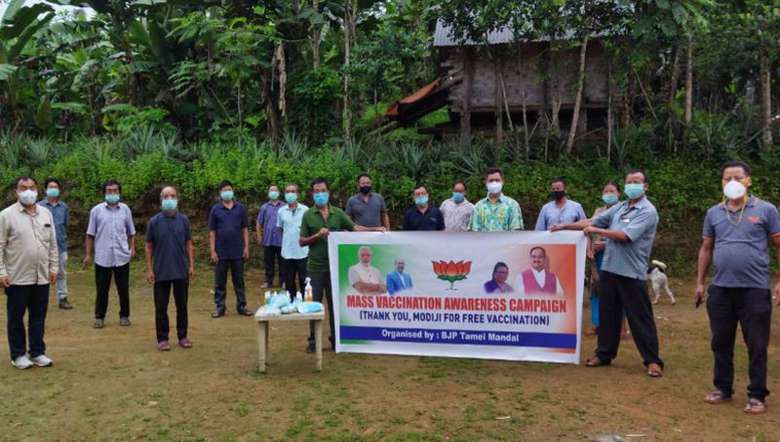 It stated that the campaign covered the entire villages along the NH-37, including Oinamlong ADC segment and Phaitol Segment.

In the campaign Z Kikhonbou Newmai urged all the village authorities that it is “our responsibility to spread awareness to create a ripple effect” and have more people understand the criticality of COVID-19 vaccination by clarifying the untruth and misinformation surrounding the vaccines, the release stated. He also clarified that the country’s frontline workers and leaders etc. got vaccinated and returned to their regular work without any side effects. He urged the people of his assembly constituency to get vaccinated to completely eradicate COVID-19 from the country and state, it mentioned.

The campaign team extended heartfelt gratitude to all village authorities and the people of Oinamlong segment for their cooperation, making the awareness programme a grand success, it added.