Assuming charge as Union Law and Justice Minister on Thursday, Kiren Rijiju said fulfilling public expectations will be his priority. 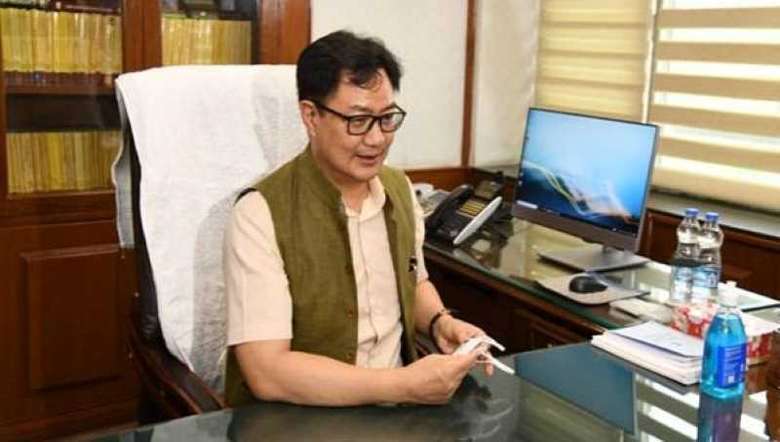 Kiren Rijiju on Thursday assumed charge as Union Minister of Law and Justice in the presence of senior officials of the Ministry, and said that fulfilling public expectations will be his priority.

“It is a huge responsibility for me to function as a Minister for Law & Justice. Fulfilling public expectations will be my priority and I will always try to keep transparency,” Rijuju told mediapersons on the occasion.

Coming from a politically active family, Rijiju showed a keen interest in public affairs from his student days. At the age of 31, he was appointed as a Member of the Khadi and Village Industries Commission, Government of India (2002-04). In 2004 he was elected to the 14th Lok Sabha from West Arunachal Pradesh constituency, which is one of the largest in the country.

As a MP, Rijiju quickly earned the respect of his more seasoned colleagues by his active participation in parliamentary work both inside and outside the House. He served on many important committees of Parliament in the14th Lok Sabha. With a more than 90 per cent attendance record, and with an impressive regularity in raising questions of national and international importance and participating in key debates, he was duly adjudged as the Best Young Parliamentarian by the media, the ministry said in a release.

Despite growing up in one of the most remote and underdeveloped regions of the country, he Rijiju embraced the opportunities life has offered him and today is widely recognised as the voice of the Northeast both within the Government of India and in the public eye. He has been a passionate advocate of greater integration of the Northeast with the national mainstream.

Rijiju was elected to the 16th Lok Sabha on May 16, 2014. In recognition of his work, he was inducted by Prime Minister Narendra Modi into the Council of Ministers as a Minister of State in the Home Affairs Ministry on May 26, 2014.