Thoubal Police station have taken up a case under FIR number 69(7) 2021 against the individual who was found guilty of the crime of providing fake certificates. 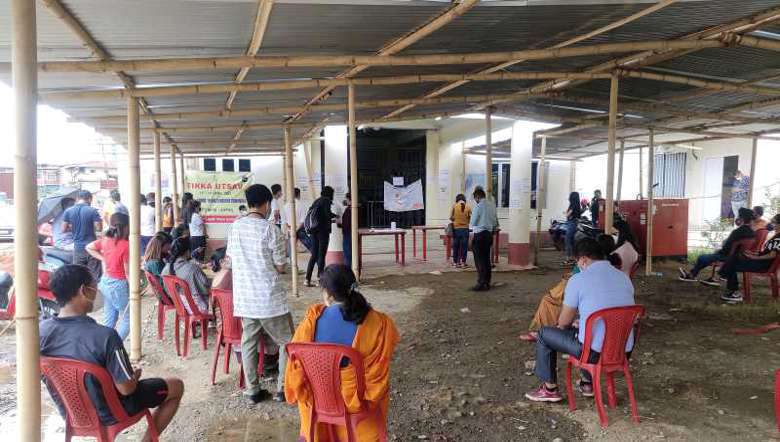 ONE of the two CoWIN verifiers accused of providing fake COVID-19 vaccination certificates to four unvaccinated persons has landed in police custody on Wednesday while no actions were taken against the other accused as he was found not guilty.

Meanwhile, the four beneficiaries who received the fake certificates have been identified. Following an order from the DC of Thoubal, all four of them were vaccinated at Thoubal District Hospital with an executive magistrate as a witness.

A statement from the DC of Thoubal Rangnamei Rang Peter to the superintendent of Thoubal Jogeshchandra Haobijam mentioned that the two individuals had submitted written explanations on Wednesday in accordance with the show cause issued on Tuesday by the DC after the MO in charge of UPHC-Phoudel had submitted a report that four individuals were provided fake vaccination certificates.

After examining the written explanations, investigations were carried out during which Md Rafique Ali revealed that he was assigned the duty of providing vaccination certificates to those who have been administered the vaccine, and he was found guilty of misusing the COWIN application, it stated.

“So, in order to prevent misuse in the future, please file an FIR against Md Rafique Ali and arrest him, and also conduct further investigations,” the statement from the DC mentioned.

According to sources, the other teacher Md Abdul Wahid had stated in his written explanation that he had no connection with providing the vaccination certificates, the Mobile app was handled by Md Rafique Ali.

Meanwhile, Jogeshchandra Haobijam has released a video footage, appealing to the people not to receive or accept such type of fake vaccination certificates. The SP also said that Md Rafique Ali has been arrested by Thoubal Police on Wednesday and all possible legal actions will also be taken against him.

During a mass COVID-19 vaccination held at the community hall of Thoubal Awang Leikai on Monday,  Md Rafique in his role as COWIN verifier had issued vaccination certificates to four beneficiaries who had not received the vaccine. Following a written report from the MO in charge of UPHC-Phoudel, the DC of Thoubal had issued a show-cause notice on Tuesday.