The two-member team of the Health and Family Welfare Ministry, which was deputed by the Central government, has been camping in Imphal since July 2 to monitor the Covid-19 management in the state. 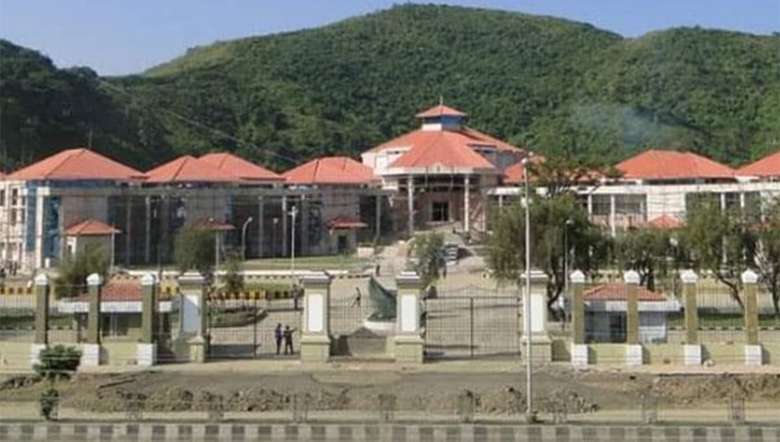 The Manipur High Court on Tuesday directed both the Central and state governments to file detailed reports (if any) of the recommendations made by the two-member Central team which was deputed recently to Manipur to study the conditions of contributing higher incidence of COVID-19 cases in the state.

It is reported that the two-member team of the Health and Family Welfare Ministry, which was deputed by the Central government, led by its additional deputy director general Dr L Swasticharan has been camping in Imphal since July 2 to monitor the Covid-19 management in the state that has been facing a high number of positive cases.

A division bench of the high court comprising chief justice Sanjay Kumar and justice Kh Nobin issued the directive during the hearing of a PIL filed before the high court, seeking the court's direction to procure sufficient oxygen and ICU beds for COVID-19 patients.

However, the assistant solicitor general could not confirm before the division bench as to when the proposed single oxygen plant of 2,000 LPM would be commissioned.

In an additional affidavit filed before the court by the state government, it informed that the state authorities adverts to a proposal to open ICU/HDU beds in the district hospitals of Manipur, leaving aside the district hospitals at Bishnupur, Chandel, Churachandpur, Senapati, Tamenglong, Thoubal, Ukhrul and Jiribam, where adequate facilities are stated to be existing.

In this regards, the division bench has directed the state government to submit the taken pursuant to the aforesaid proposal and the meeting before the court on the next date of hearing which is fixed on July 14.