A team of Narcotics and Affairs of Border (NAB) arrested the two drug peddlers and seized four packets of 40,000 WY tablets from their possession in Imphal 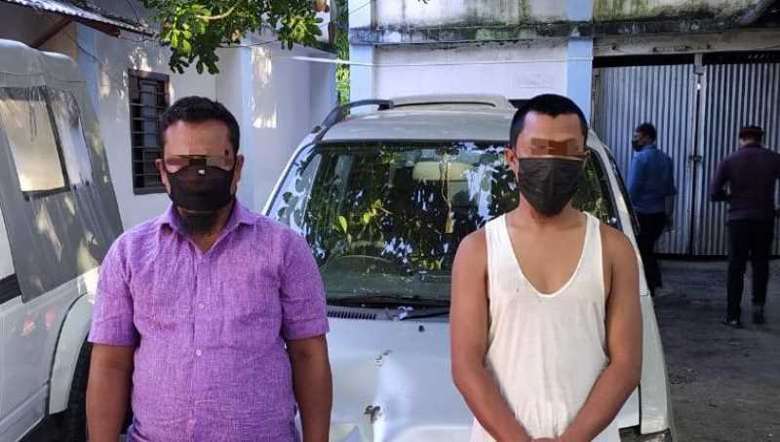 Two drug peddlers were arrested and drugs worth around Rs 2 crore in the international market seized from their possession in Imphal on Tuesday, police sources said.

A team of Narcotics and Affairs of Border (NAB) arrestedthe two drug peddlers and seized four packets of 40,000WY tablets from their possession in Imphal at about 4.15 pm on Tuesday.

Superintendent of police, NAB stated that the local price of WY tablet in Manipur is Rs 15 per tablet, but in other states of the country it is about Rs 50 per tablet. However, there is no specific price in other countries. In some developed countries it costs about Rs 500 per tablet, the SP added.

The incident took place when the police team detained a Car (Wagon-R) bearing registration number AS-01U/2003 in which the two individuals were travelling at Old Lambulane road near GP Women’s College, Imphal, the NAB team said.

During the examination of the vehicle in the presence of witnesses, four tightly wrapped plastic packets containing a total of 40,000 WY tablets (methamphetamine type narcotic drugs) were detected.

The drugs were seized and the two persons were arrested on the spot. A case has been registered at NAB police station for further investigation, the police added.

In another incident in Imphal, a police team led by SI H Bidyasagar Singh seized a stolen car after detecting it while conducting frisking and checking of curfew violators in front of Imphal Police Station on Tuesday.

Islaur Rahaman was arrested, and a regular case under FIR No. 103(7)2021 IPS U/S 380/411/34 IPC has also been registered against the accused involved in the case for further investigation, police said.

According to the district police, 77 packets of ganja weighing around 816 kg were recovered from an Ashok Leyland truck bearing registration number WB19F7803 during a routine search carried out by Jiribam police personnel at Leingangpokpi Outpost on Monday at around 8:30 am.

The driver and handyman of the truck have been arrested, said the police source, adding that the truck transporting the seized items was heading from Imphal towards Jiribam along National Highway-37.

On the other hand, a team of District Police Narcotic Cell, Jiribam recovered 20 carton boxes containing 1996 bottles of 100 ml codeine-containing cough syrup from a Tata truck bearing registration number AS01KC 7351 on Monday at around 1 pm.

One Alauddin  Ahamed, 25, son of Garib Ali, of  Kamrup Assam was arrested for transporting the illegal cough syrup bottles. In connection to this, Jiribam police has registered a case.