IFP Exclusive: The deplorable condition of the road running through the town owing to heavy rainfall during monsoon and poor quality road construction is causing immense hardship to the people in the region. 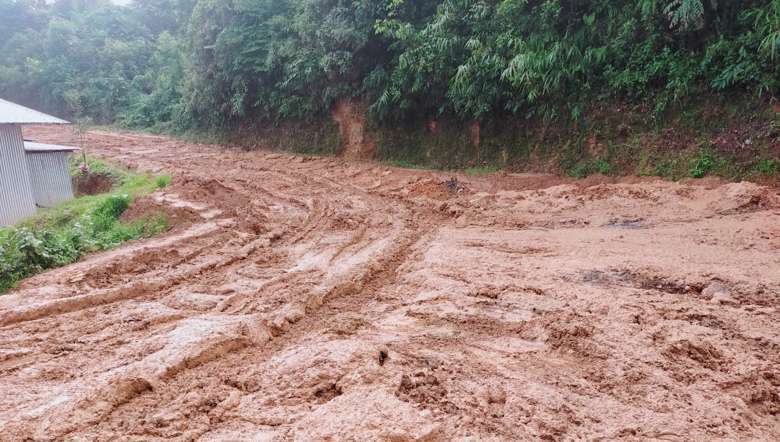 THE poor condition of roads in Tamenglong district of Manipur that poses all kinds of hardships to the people of the district has long been talked about, but remains a major issue. Owing to it, the people of Tamenglong continue to suffer greatly. Now, the main road cutting through the town, Tamenglong HQ, is in a deplorable condition. In the absence of systematic planning and proper construction, the all-muddy road poses danger to the lives of commuters.

It may be mentioned that Tamenglong district receives good rainfall during the long rainy months every year. Hence, the roads remain damaged by heavy rainfall during monsoon. The sight of flood water rushing down the road that runs through the heart of the town is nothing new. It happens every rainy season owing to the poor quality paving of the road and non-maintenance. The heavy monsoon rains compounded the disastrous road condition due to lack of proper drainage system, causing immense hardship to commuters.

Considering the inclement weather or climate condition and the hilly terrain of the region, the authorities concerned should have taken serious note of all aspects of road construction for the safety and welfare of the people. Concerned citizens, several times, voiced their concern to the road construction company and the district administration to fix the road during the dry season to prevent hardship during the rainy months. Also there was a demand to ensure proper construction of the road from the zero point, that is, the Jadonang Park, till the district hospital to enable easy accessibility of medical aid and healthcare. 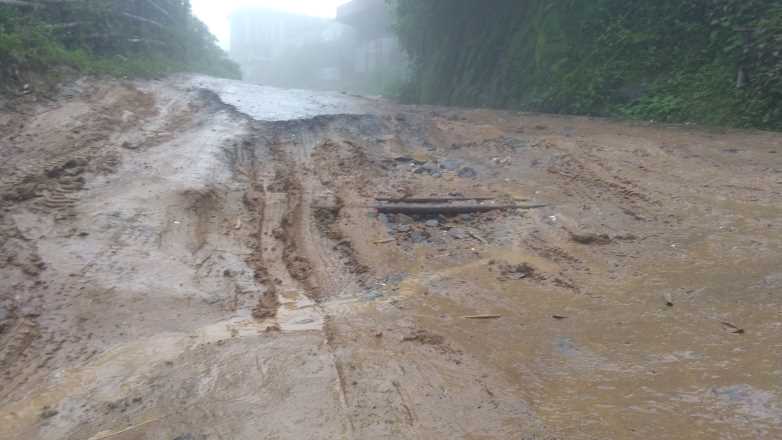 While interacting with the residents of the town, proprietor of Thomson Indane Agency Thomas Riamei told this Imphal Free Press correspondent that he could not transport and stock up LPG cylinders in the store as the road leading towards his store is in a deplorable condition. On several occasions, he distributed LPG cylinders on the roadside near Apollo bazaar, he said.

"Lately, heavy vehicles plying on the road have been degrading the road and now it is in a deplorable condition," he said.

Khoupilong Ward No V chairman Agui Kamei said that together with Utopia Ward No 1 chairman, they had jointly urged the construction company, which heavy vehicles have been plying on the road, and the district administration Tamenglong to look into the matter. However, nothing has materialized yet, he lamented. 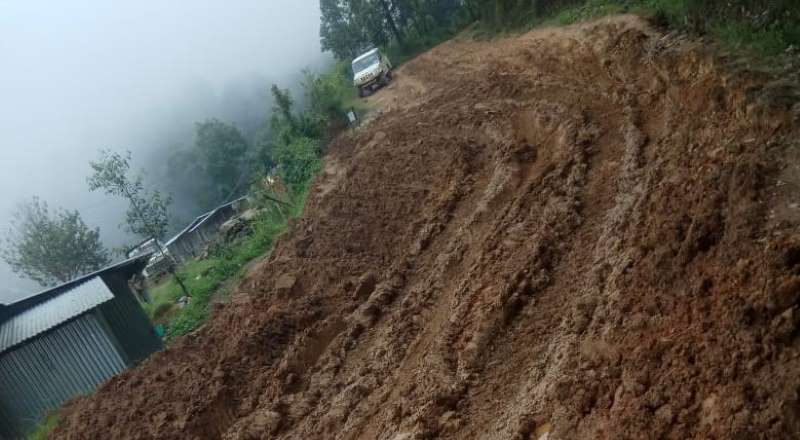 Kamei recalled that when Chief Minister Biren Singh came for inauguration of the water supply project at Khoupilong, he submitted a petition requesting for construction of a ring road from Utopia to Khoupilong Ward. However, the chief minister told him to approach the Tamenglong district deputy commissioner and state minister Awangbow Newmai.

On approaching Deputy Commissioner Tamenglong Armstrong Pame, Kamei said he was informed that the ring road will be constructed under the Pradhan Mantri Gram Sadak Yojana (PMGSY). The PMGSY was launched by the Government of India to provide connectivity to unconnected habitations as a part of a poverty reduction strategy.

However, the main road remained in a dilapidated condition till today, Agui Kamei said, appealing to the concerned authority to construct the stretch of the ring road at the earliest, as it would benefit the entire people of Tamenglong.

New Lambulane Tamenglong Ward No III secretary Njengong Pamei, while drawing the attention of the government to construct a ring road from Bazaar towards Immanuel Baptist Church road informed this IFP correspondent that “some contractors started border stones but left without completing.  The New Lambulane authority had approached the Sub Divisional Officer Tamenglong and DC Tamenglong, but nothing has materialised so far.

“The New Lambulane authority planned to fill up the road with stones, but it failed due to the Covid-19 pandemic".

It may be mentioned that the repairing of the old treasury road began some years ago when the BJP government came to power. However, the contractor left the work before completion, stating that the government did not sanction for road construction.

When this IFP correspondent contacted, the deputy commissioner Tamenglong said that the town ring road should be constructed by the Public Works Department. The work order has been sanctioned, he said.

An official source in the PWD Tamenglong, however, told the Imphal Free Press, that there is no work order sanctioned. Some contractors started to execute the road repairing work but stopped due to non-sanctioning of work order, the official added.

Meanwhile, the people in the district dream of all-weather roads as they wait upon the authorities concerned to step up and fix the deplorable town road at the earliest.