The driver and handyman of the truck transporting huge cache of illegal ganja (marijuana) and codeine-containing cough syrup have been arrested, police said. 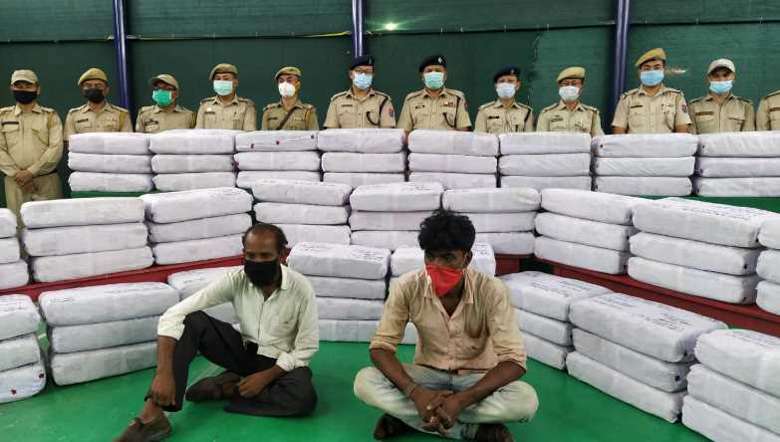 According to the police, 77 packets of ganja weighing around 816 kg were recovered from an Ashok Leyland truck bearing registration number WB19F7803 during a routine search carried out by Jiribam police personnel at Leingangpokpi Outpost on Monday at around 8:30 am.

The driver and handyman of the truck have been arrested, the police said, adding that the truck transporting the seized items was heading from Imphal towards Jiribam along National Highway-37.

On the other hand, a team of District Police Narcotic Cell, Jiribam recovered 20 carton boxes containing 1996 bottles of 100 ml codeine-containing cough syrup from a Tata truck bearing registration number AS01KC 7351 on Monday at around 1 pm.

One Alauddin  Ahamed, 25, son of Garib Ali, of  Kamrup Assam was arrested for transporting the illegal cough syrup bottles. In connection to this, Jiribam police has registered a case.