The nation needs to take up a comprehensive approach for an effective solution to Racial discrimination against people from Northeast India. 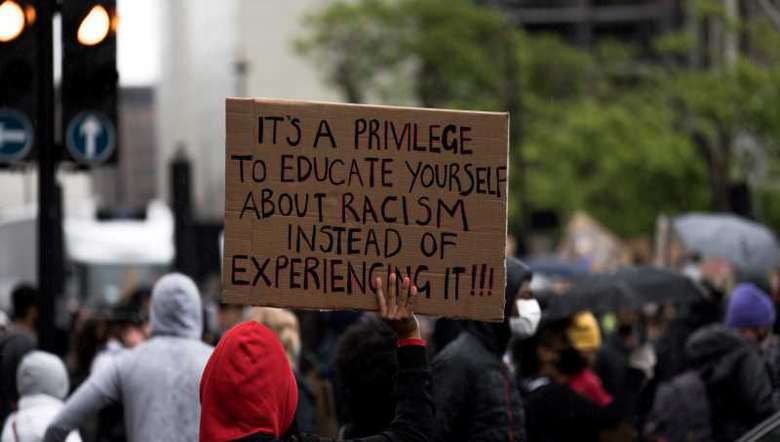 A few weeks ago, the hashtag #NorthEastMatters was trending on Twitter to highlight the need for concerned authorities to educate people and spread awareness about North East India. The Twitter storm was an initiative of a group of organisations from the NE region, after a YouTuber from Punjab called a sitting legislator of Arunachal Pradesh State Assembly, ‘Chinese’. The intention of the organisations spearheading #NorthEastMatters was among many others to include a Chapter on North-East India; a separate hashtag #AChapterForNE was also introduced. The initiative has caught the attention of many people which included journalists, celebrities, and politicians, etc. Former Union Minister and present Member of Parliament, Shashi Tharoor had tweeted, “There is absolutely no doubt that the #NorthEastMatters. It's essential that a chapter on the NorthEast is included in the NCERT syllabus.”

Apart from the Twitter storm, there have been recent developments of renewed interests from media houses across the country. Some news publications, both print and digital, even have a dedicated section for the region. However, the news of the mysterious deaths of Samuel Sangma and Rosy Sangma, both residents of Nagaland, at Gurgaon a few days ago raised a huge question mark on the effectiveness of our fight against racial discrimination and efforts to ensure safety of North East Indians in their own country.

Racial discrimination against people from Northeast India, being a serious criminal and social issue, requires a more holistic approach for a solution to it. It will be too narrow an approach to restrict the approach to social and judicial measures; there are other prominent factors as well, that are interconnected and require a comprehensive approach for an effective solution.

The peculiar physical features of people from Northeast India have attracted several unsolicited remarks and unwarranted racial slurs against them; there are hundreds of reports that tell the sad stories of how they have been abused - verbally and physically. Racial attack and discrimination against Northeast people can be broadly classified as unintentional and intentional. A lot of instances have occurred wherein people from the region are treated as foreigners in their own country because of the complete ignorance or absence of knowledge that an Indian could look the way people from the region physically appear. But there are many other instances when people from the region are called, ‘foreigners’, ‘Chinese,’ ‘Momo,’ and recently ‘Corona,’ just to taunt them knowing very well that they are Indian citizens. In a few cases, they are physically and sexually assaulted and even killed. Many from NE faced untimely death due to racial assault.

There are myriad of wrong notions people harboured towards NEI and its people. Post-pandemic, people from the region are mistaken to be carriers of the Novel Corona Virus because of their physical affinities to Chinese.

Hindus are minorities in NE and are often subjugated; people from the region have similar food habits and language with China that rendered them Chinese sympathisers; snakes and bats are common delicacies of the region, etc. are few of the many myths about NE people.

Such misconceptions further strengthen the wrongly conceived notion of the foreignness of North East people. The people from the region are of the opinion that systemic negligence of the region since the British days has been uncorrected and in fact replicated by successive governments, which have further alienated the region.

In any platform where development issues of NEI are discussed, one of the main concerns that naturally cropped up is the issue of Militancy. For many decades, armed revolutions have indeed been a stumbling block for development to make its successful inroad to the region. However, a lot has changed in the past couple of decades; many armed groups have rejoined the mainstream by signing ceasefires and agreements with the government.

The outcome of that is the much-needed germination of unhindered development activities in the region, in addition to the prevalence of a much-improved law and order situation. Assam is one such example, falling in that category, that has fared remarkably well in the development front post the state government’s initiative of resolving militancy issue in the state. Still, all is not over with militancy issue in the region.

Another pressing concern that hampers development activities in the region is the connectivity woes of the region. Tough physical terrains of the region caused untold hardships to the people- rendering them helpless in transporting their farm produce, in commuting and attending to the sick and needy. Devoid necessary attention, the people are rendered unconnected physically and electronically- enduring the lack or utter absence of communication systems like the internet and mobile networks.

Considering the long systematic negligence of the region and realising its undeniable strategic importance, matters and concerns of North East India and its people should be given special focus for an ‘equal India.’ The militancy issue should be resolved at the earliest possible by bringing all the rebels to the talks table: In this 21st century and after 75 years of Independence, militancy should not exist as an excuse for underdevelopment. Improving the business infrastructure of the region will undoubtedly go a long way in ensuring the progress of the economic condition of the region. It is the government’s business to thus give an impetus to promote business in the region.

On the contrary, our efforts to address the issue of racial discrimination and atrocities committed against people from Northeast India needs a holistic approach; it is a virus that needs not just one but a combination of multiple effective medicines. Concerned authorities should institute a high level inquiry into all cases of discrimination against North East Indians and award exemplary punishments, lest the dangerously mushrooming trend of discrimination against the Northeast people will keep rising. Also, our education system, which has hitherto failed to sensitise people of the basic demography of incredibly diverse India, needs a chapter on Northeast India to start with.

The idea of one nation should be viewed as one resembling a beautiful rainbow with different colours - the oneness of which is not hampered by the presence of different colours, but is rather what makes it look breathtakingly beautiful. Same religion, same dress code, same language, same food habit and same physical appearance should not define our oneness as a citizen of India. The idea of one India as envisioned by the founding fathers is not about similarity but celebrating the beauty of our diversity. In line with that beautiful ethos, it is time we realise that people from North East India, however different they may appear to us, are no less Indians and their concerns no less important.