On Friday morning, around 20 persons arrived at the residence of columnist RK Nimai, shouted slogans and burnt copies of a copy of an article written by him, published in Imphal Free Press regarding the steps taken up for the removal of the props from the Kanglashas inside Kangla. 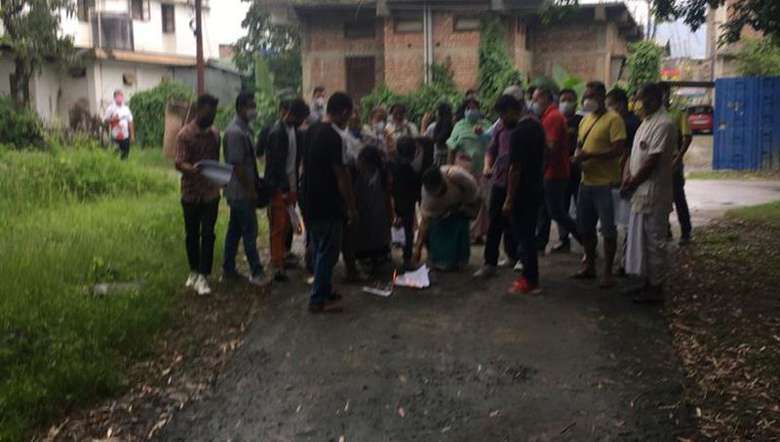 The All Manipur Working Journalist Union (AMWJU) and the Editors Guild Manipur (EGM) have appealed to the DGP Manipur to arrest the people involved in burning a copy of Imphal Free Press at the residential gate of columnist RK Nimai at Palace compound, Imphal around 10.30 am on Friday.

In a letter to the DGP, AMWJU demanded arrest of the culprits within seven days and provide updated report of the action taken so far on the bomb attack on Poknapham office and at least three cyber crimes cases filed by AMWJU, ISTV and Impact TV.

On Friday morning, around 20 persons arrived at the residence of RK Nimai, shouted slogans and burnt copies of Imphal Free Press, in which an article written by him was published. The article provided critical analysis of the steps taken up for the removal of the props from the Kanglashas inside Kangla.

After the incident came to light, a meeting of AMWJU and EGM was convened wherein it was resolved to ask the police to arrest the culprits within seven days, failing which a meeting will be called to discuss further course of action to be taken.

In a letter to AMWJU, Nimai stated that such an act of burning the daily was an attempt to muzzle free speech which is guaranteed under the Indian Constitution. He then urged AMWJU to take necessary actions against the condemnable action.