Lift the torch high at Olympics

IFP Editorial: We are a bit concerned with lack of more players from the hills of Manipur in the national and international scene. Champions like world famous Mary Kom seems more like an exception more than the norm. 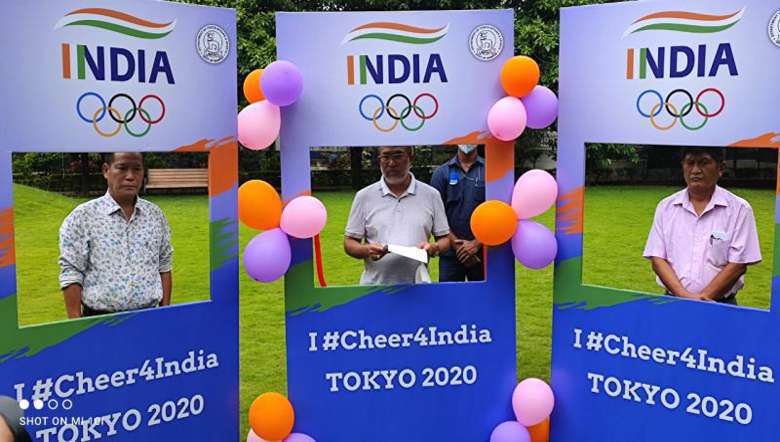 As an encouragement to athletes from Manipur who are going to take part in 2020 Summer Olympics in Tokyo, Chief Minister N Biren had announced a cash award of Rs 1.2 crore to gold medal winners, Rs 1 crore to silver medal winners and Rs 75 lakh to bronze medal winners. The chief minister made the announcement on Monday as he launched the Tokyo Olympics #Cheer4India campaign in Manipur to motivate the athletes representing India. Five athletes from Manipur will be representing the country in the upcoming Tokyo Olympics. They are MC Mary Kom in Boxing, Sushila Likmabam in Judo, Saikhom Mirabai Chanu in Weightlifting, Pukhrambam Sushila Chanu and Nilakanta Sharma in Hockey India team. In 2018, the cash awards for Olympic participants was enhanced to 1 crore for Gold medal, 75 lakh for silver, 50 lakh for bronze and 10 lakh rupees for all participants whether they win a medal or not. We are indeed fortunate that both the Chief Minister N Biren Singh and Sports Minister Letpao Haokip are former footballers whose interest in promotion of sports has not waned. As the Chief Minister takes the lead, the Sports Minister follows in right earnest. Remember, the annual budget allocation for the Youth Affairs and Sports (YAS) department was increased to Rs 100 crore in the 2019-20 fiscal. The sizeable hike was to enable further development of sports infrastructure and hiring of coaches from other states and countries. The budget allocated for youth affairs and sports in the 2018-19 fiscal was Rs 75 crore. Other schemes for encouraging talented sportspersons were rolled out by the state government. The state’s sportspersons who bring gold medals from international sports events was to be given Rs 15 lakh each as against Rs 8 lakh. The sportspersons who participated in the international events shall be given Rs 2 lakh each irrespective of the fact whether they win any medals or not. Under the CMAST Scheme, suitable employment in government services is going to be provided to sportspersons, who have won medals in notified disciplines in selected International Sports events. The scheme would also support the sportspersons on purchasing of costly sports items. Sportsperson who have represented in National and International tournaments and are unemployed would tend to get lifetime pension.

No doubt about it, Manipur still remains the sports powerhouse of India which is exactly why Prime Minister Narendra Modi gifted the National Sports University to the state. Whether we are turning this opportunity into our advantage or are the NSU authorities doing justice to the gift is another question altogether. The state is doing quite well in the national front, and even at the international front what with Bala Devi earning the No 10 jersey and shining in the Scottish League. Manipur has given India world champions in boxing and weightlifting, as well as footballers of national stature and acclaim. The most famous - from the 90s onwards, Renedy Singh and Gouramangi Singh Moirangthem, from the last decade Udanta Singh and the U-17 goalkeeper Dheeraj Singh Moirangthem. The Indian Soccer League had about 38 Manipuri players playing for different football clubs in the country, the highest for any state.

Yet, we are a bit concerned with lack of more players from the hills of Manipur in the national and international scene. Champions like world famous Mary Kom seems more like an exception more than the norm. Now that, Mary Kom has become a Rajya Sabha MP duly nominated by the Narendra Modi-led government at the Centre, she needs to point it out and do something about sports infrastructure in the hill areas of Manipur. Seriously, there is a dearth of sports infrastructure in the hills and we need more than talent hunts. Having said that, we must all pray that our athletes bring laurels both for the state and the country as well.