IFP Editorial: A rethink in the digging of tubewells and borewells for irrigation purposes is required. 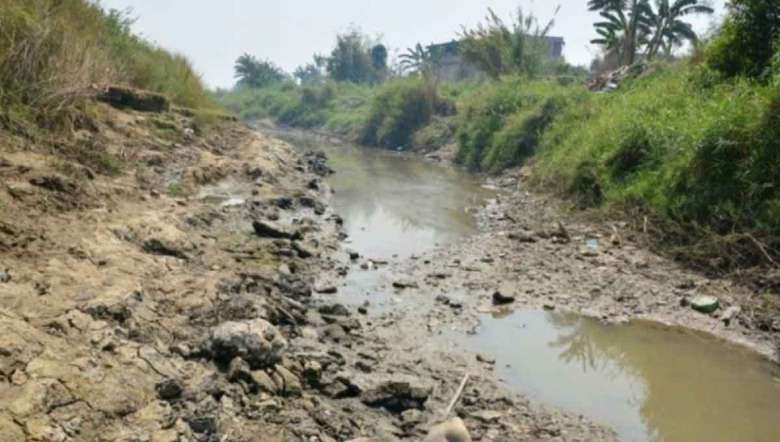 In terms of water security, Manipur faces a bleak future owing to the vanishing wetlands and springs, deterioration of catchment areas and most of all drying up of rivers. Manipur has 15 major rivers and streams having 166.77 sq. km. of total area i.e. about 0.75 per cent of the total geographical area of the state. About 90 drinking of the drinking water supply in urban area of the state is from the three major rivers namely Imphal River, Nambul River and Iril River. The Manipur River basin in the central Manipur, with a far less discharge capacity of 0.5192 Million ha. meter in a catchment area of 6332 sq. km. On the other hand, is the most important as it passes through thickly populated areas and covers the whole of Manipur valley consisting of the four valley districts. The Chindwin Drainage System consists of the Imphal River and its tributaries, the lakes and marshes lying in the valley and the hill streams of Ukhrul and Chandel districts which drain into the Chindwin River of Myanmar or into the Yu River, a tributary of Chindwin in Myanmar. The Imphal River, also known as Manipur River originates from the north of Kangpokpi and flows southward to the eastern side of the Loktak lake. The principal tributaries of the river in the valley are the Iril, Thoubal, Nambul and Nambol. The Barak River basin is the largest in terms of the area drained in the state i.e. 9041 sq. km and 68 per cent yield.

What we are concerned about right now is the acute scarcity of water facing the state. With springs and rivers drying up, catchment areas lying in waste and wetlands vanishing Manipur faces a dire situation. Manipur experiences water scarcity due to lack of facilities to harvest rainwater and destruction of catchment areas, as per reports. Manipur has been receiving an annual rainfall of 1,467.5 mm, which is higher than the national average. The problem of water scarcity, however, persists due to lack of facilities for harvesting rainwater and destruction of catchment areas. There are also reports showing that 42 per cent of the natural springs in the hill areas of the state have vanished. In 2019, Prime Minister Narendra Modi launched the Jal Jeevan Mission to provide drinking water to all rural households by 2024. Yet, the state is facing acute shortage of drinking water and most households are buying water in the urban areas. The same year, Jal Shakti Abhiyan was also launched to campaign for water conservation and security. Last year in July, Prime Minister Narendra Modi laid the foundation stone for an Rs 3,050 crore worth Manipur Water Supply project aimed at benefiting large parts of the state.

Another area of concern is the recent exploitation of groundwater for irrigation purposes. The state government has taken up a major project to install 550 groundwater tube-wells and construct 375 surface minor irrigation schemes across the state to enhance irrigation with funds from the Union Ministry of Jal Shakti under Pradhan Mantri Krishi Sinchai Yojana - Har Khet Ko Pani (PMKSY-HKKP).

As the minister in-charge of Minor Irrigation, the chief minister has been active in digging up tubewells and borewells in many parts of the state in an effort to supplement the work of Irrigation department. His efforts in reviving the Loktak Lift Irrigation project and other river-lift irrigation projects is very much appreciated. But, a rethink in the digging of tubewells and borewells for irrigation purposes is required. The problem lies in groundwater depletion. Use of groundwater, especially for irrigation, may also lower the water tables. Groundwater recharge is an important process for sustainable groundwater management, since the volume-rate abstracted from an aquifer in the long term should be less than or equal to the volume-rate that is recharged. Over-pumping of groundwater by farmers has led to underground resources becoming depleted. Increasing global temperatures generate more arid climates in some regions, and this can lead to excessive pumping of the water table. Experts say, considering the clayey nature of formation in the top aquifer in Manipur, development of this resource is not considered promising on a large scale either in irrigation or water supply. Take heed.