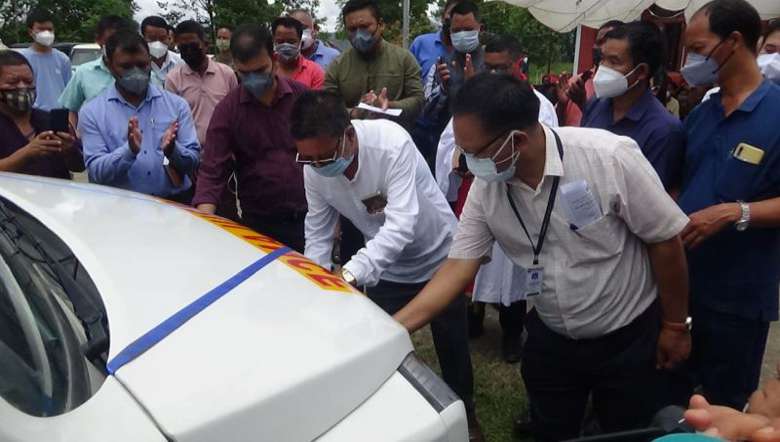 The extension building of Home and Wellness Centre, CHC Singhat was inaugurated by MTDC chairman and Singhat MLA Ginsuanhau Zou on Saturday, and a new ambulance was launched at the campus of Singhat PHC.

During the occasion, Ginsuanhau Zou thanked the state chief minister and TA and Hills minister for providing the ambulance to the CHC and making the building extension. He further stated that ultrasound and X-Ray machines and quarters for doctors and staff are on the pipeline. Later, the MLA provided Rs 1 lakh to the CHC Singhat and 80 plastic chairs to Young Paite Association, Singhat.

The DC and SDO of Singhat presented gifts for children to the CHC under BBBP which will be given to every girl child that was delivered at the centre. The DC team also handed out first aid kits and a Jio tracking device to 35 village authorities for smooth functioning of MGNREGS.

Lauding the MLA and his team for the new building extension, the CMO expressed his hope that the CHC will soon be upgraded from 15 beds to 20 beds. He later presented 10 PPE kits to the Singhat CHC which so far has registered 80 positive cases.