Allegation made by MPCC president against CM Biren baseless: BJP

MPCC does not have any concern for the pandemic and they are trying to take political mileage with cheap politics, Manipur BJP vice-president Ch Chidananda Singh said. 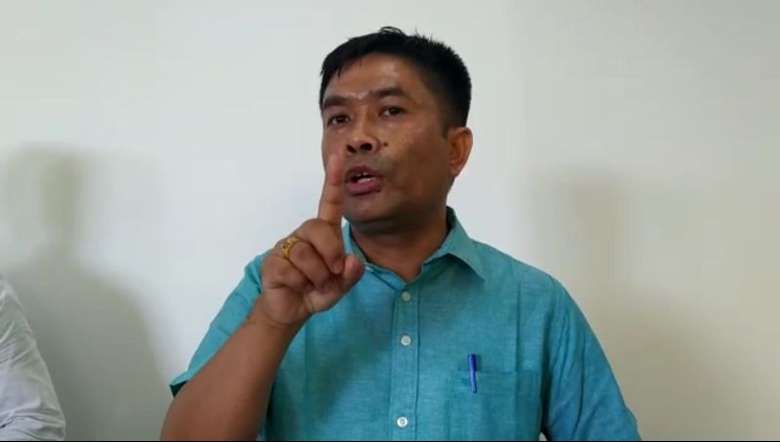 The allegation made by Manipur Pradesh Congress Committee (MPCC) president Govindas Konthoujam against Chief Minister N Biren Singh is baseless. Govindas should apologise to the public for trying to mislead the people with cheap politics, said state BJP vice-president Ch Chidananda Singh while speaking to the media through a video clip released on Wednesday.

He said that it is unfortunate that the MPCC president on Tuesday alleged the state chief minister of making ‘unforgiveable and morally dehumanising’ remarks to the poor and needy people in the state during COVID pandemic. He demanded Govindas for an unconditional public apology to the people of Manipur.

The allegation is baseless and the statement of the chief minister was appropriate in response to MPCC for its cheap politics while trying to mislead the people. Govindas should apologise immediately to the public as it is not the right time for cheap political debate amid pandemic. Moreover, MPCC does not have any concern for the pandemic and they are trying to take political mileage with cheap politics, Chidananda said.

He further said that the total debt of the previous state government was about Rs 8,000 crore and the tax collected in fuel with the coming of BJP-led government from 2017 till present is much less to pay the dues of the then Congress government in Manipur.

Recalling an earlier statement made by the MPCC president that stated “we do not need rice but we need vaccine”, Chidananda questioned whether Govindas superior from Sonia Gandhi and Rahul Gandhi as on April 24 last year Sonia Gandhi had demanded to provide free ration for each citizen of the country.

Spokesperson of state BJP, Johnson Elangbam said that MPCC should not misinterpret the initiatives taken by the present BJP-led government in the state amid pandemic in order to gain political mileage. Various welfare schemes were delivered to the public for free during the pandemic but the statement of the chief minister never tends to hurt the sentiments of the public.

He further said it is not a proper time to make the demand to show the fund utilisation in white paper during this pandemic, however the demand could be relevant after the pandemic ended.