Mizoram: Aizawl DC to conduct inquiry into cause of Thuampui Veng disaster

At least four family members, including two minors were killed and two others injured in a rain-induced landslide at Thuampui locality in Aizawl, Mizoram on June 11 night. 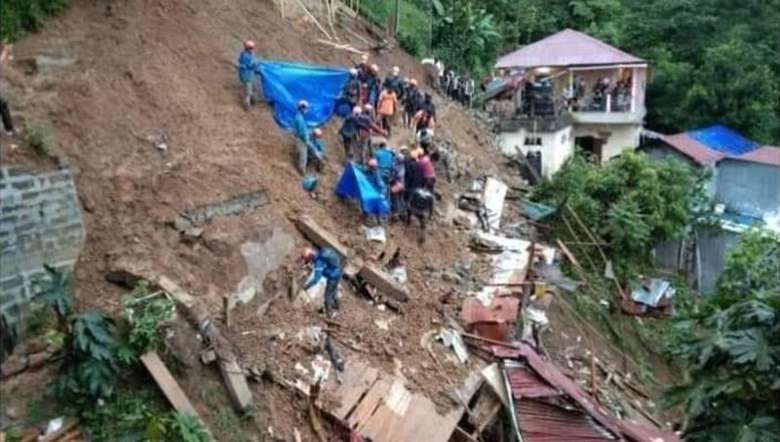 The State Executive Committee on Monday appointed Lalhriatzuali Ralte, Deputy Commissioner of Aizawl district to immediately conduct an inquiry into the cause(s) of the disaster which occurred on June 11 night at Thuampui Veng and establish whether there was any human negligence or other factors that lead to the incident.

"A residential building had been completely damaged due to the collapse of a retaining wall at Thuampui Veng, Aizawl on the night of 11.06.2021 resulting in the deaths of four children and loss of properties; the State Executive Committee  is of the view that the incident must be thoroughly investigated to determine the cause(s) and nature of the disaster so that the government can institute policies or mitigation measures to avert such disasters in the future and place responsibility on negligent party(ies) if any. In exercise of the powers conferred under Section 22 (h) of the Disaster Management Act, 2005, the State Executive Committee appoints Dr. Lalhriatzuali Ralte, Deputy Commissioner,  Aizawl District to immediately conduct an inquiry into the cause(s) of the disaster," the state Directorate of Information and public relations stated in an order.

At least four family members, including two minors were killed and two others injured in a rain-induced landslide at Thuampui locality in Aizawl, Mizoram on June 11 night.

According to reports, the incident took place at the Thuampui neighbourhood under Bawngkawn Police Station when their two-floored ‘Assam-type’ house was swept away when the retaining wall adjacent to it collapsed due to the landslide triggered by heavy, incessant rainfall.

The complete report should be submitted to the chairman, State Executive Committee within a period of two weeks, it added.