The Dingko legacy and Manipur sports

From the orphanage to the Asian Games, Dingko’s story is also the stuff of legend. While his gold at the 1998 Asiad inspired the budding boxers of India, Manipur’s sports journey took a turn and the state became a powerhouse of Indian sports no longer to be shunned or ignored. 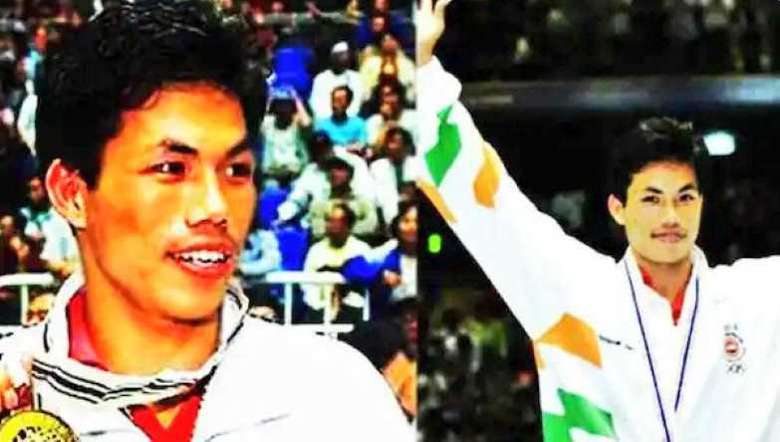 WHEN Ngangom Dingko Singh won the gold in the bantamweight category of Asian Games boxing in 1998, the euphoria in Manipur was not only of a Manipuri boxer winning the gold medal but also of a victory against the Indian selectors then who had initially dropped him from the Indian squad. He made the cut after registering his protest. There were howls of protest and scathing editorials in Imphal about the discriminatory attitude of the Indian selectors and sports administrators, then. In those days, Manipuri sportspersons however talented rarely make it to the Indian squad due to both lack of patronage and discrimination. Dingko Singh’s fury and determination in the 1998 Asian Games changed all that and the rest is history. When Dingko returned to Imphal after his victory, it was a spectacle never seen before in the streets of Imphal. His singular achievement of an Asian Games gold in the 1998 Bangkok edition was India’s first in 16 years. But bigger than that was the impact he had on those who watched him out-punch two Olympic medalists that year. A fearless competitor in the ring, Dingko beat two Olympic medallists-- Sontaya Wongprates of and Timur Tulyakov of Uzbekistan -- en route to the Asian Games gold. Timur Tulyakov, whom Dingko Singh defeated in the final was World No 3 then.

From the orphanage to the Asian Games, Dingko’s story is also the stuff of legend. He was born in 1979 in the remote village of Sekta in Imphal, Manipur. He witnessed the pangs of poverty from his birth after losing his parents at an early age. Singh grew up in an orphanage getting one of the most basic facilities that could not have otherwise provided him with all the necessary requirements to be a boxer. When the Indian government started Special Area Games Scheme (SAG) to scout the natural talent from remote areas of the country, Dingko’s abilities were recognised. Then onwards, Dingko’s journey of progress began. His mettle for boxing first came into the limelight when just at the age of 10, he won the Sub-Junior National Boxing title in 1989. This achievement brought Dingko into the eyes of the selectors and coaches, who began to see him as a promising Boxing star of India.

He made his debut in the arena of International Boxing in 1997 and won the King’s Cup 1997 held at Bangkok, Thailand. Apart from winning the tournament, Dingko Singh was also declared the best boxer of the meet.

After winning the Asian gold, he became the fourth overall to achieve the feat after Padam Bahadur Mall, who won India’s first games gold in the 1962 Jakarta Games, Hawa Singh the 1966 and 1970 Bangkok winner and Kaur Singh in 1982. In 2013, he was honoured with the Padma Shri for his contribution to the sport. He was honoured with Arjuna award in 1998 itself for that career-defining moment. In Bangkok he ended a long wait for Indian boxing as he became the first Indian since heavyweight Kaur Singh won the gold medal in the 1982 New Delhi Asian Games.

Dingko inspired a generation of Indian pugilists including World champions Mary Kom and Sarita Devi with his swashbuckling ring craft and flamboyant personality. A grateful state named the main road leading to the Khuman Lampak Sports Stadium after him. While Dingko’s gold campaign at the 1998 Asiad inspired the budding boxers of India, Manipur’s sports journey took a turn for the better and the state became a powerhouse of Indian sports no longer to be shunned or ignored. Perhaps, a life-size bronze statue in the heart of Khuman Lampak stadium would be a perfect tribute.