Ngangom Dinko, who won the Asian Games gold in the 1998 edition in Bangkok, lost a long battle with cancer and COVID-19 on Thursday. 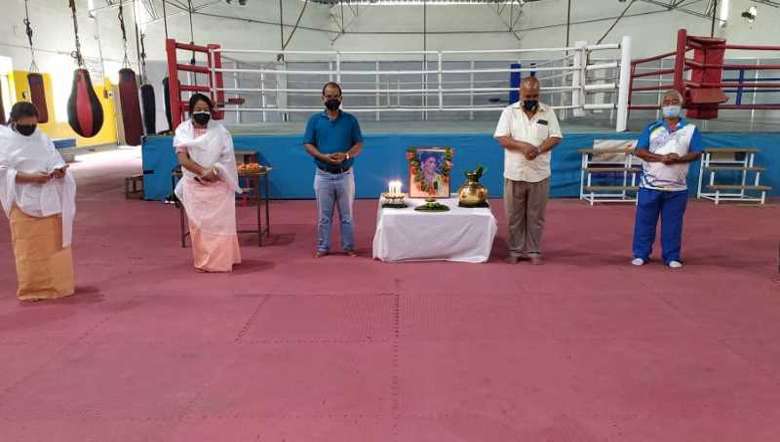 Former Indian boxer from Manipur Ngangom Dingko Singh, who won a gold at the 1998 Asian Games in Bangkok, died on Thursday after a long battle with cancer. He was 42.

Dingko ended India's 16 years medal drought in Asian Games by winning a gold in the 1998 Asian Games held in Bangkok. He was the first sportsperson from Manipur to win the Asian Games gold medal.

The boxer, who was also a Padma Shri, was diagnosed with liver cancer in 2017. His health deteriorated with COVID-19 infection in 2020. Although he recovered from COVID-19, he passed away early Thursday in Imphal. He is survived by his wife Babai Ngangom, son and daughter.

He had undergone radiation therapy at the Institute of Liver and Biliary Sciences (ILBS), Delhi in January 2020 before returning to Imphal. When his condition worsened in April, Dingko was airlifted to the same hospital before being discharged. He had also contracted jaundice, sources close to him said.

Prime Minister Narendra Modi took to Twitter to pay his condolence to the boxing legend.

“Shri Dingko Singh was a sporting superstar, an outstanding boxer who earned several laurels and also contributed to furthering the popularity of boxing. Saddened by his passing away. Condolences to his family and admirers. Om Shanti,” Modi tweeted.

"I'm deeply saddened by the demise of Shri Dingko Singh. One of the finest boxers India has ever produced, Dinko's gold medal at 1998 Bangkok Asian Games sparked the Boxing chain reaction in India," Rijiju said.

"I’m shocked and deeply saddened by the demise of Shri N Dingko Singh earlier in the morning today. A Padma Shri awardee, Dingko Singh was one of the most outstanding boxers Manipur has ever produced. My sincere condolences to the bereaved family. May his soul rest in peace," Biren tweeted.

"You were a true hero of our nation. You leave but your legacy will live among us. RIP," Mary Kom tweeted.

Born on March 1, 1979, Dingko hailed from Sekta Mayai Leikai, Imphal. He was honoured with the Arjuna Award in 1998 and was presented the nation's fourth-highest civilian honour -- the Padma Shri -- in 2013. He was also employed with the Indian Navy and worked as a coach before ill-health confined him to his home.