Fix a date so that we can take our own lives: Seijang farmers

"If the fertilizers are distributed at the village level through Pradhan or Zilla Parishad in a timely manner, the issues concerning the unavailability of fertilisers can be solved." 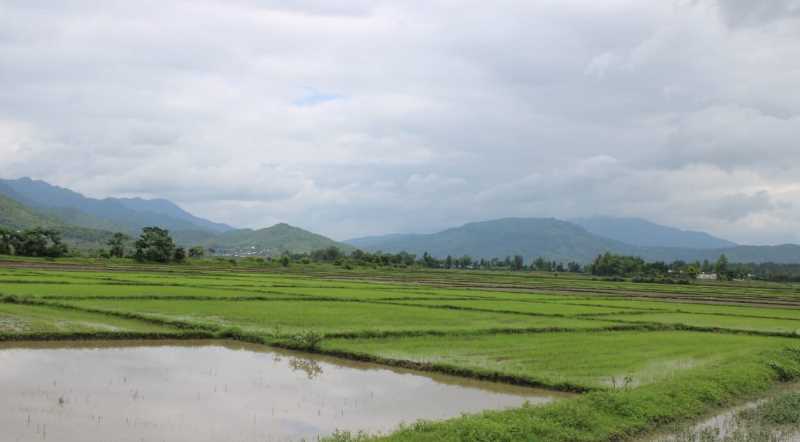 With the coming of monsoon season, the farmers are getting ready to sow the rice seeds (PHOTO: IFP)

Unable to get their hands on fertilisers amid the struggle against the Covid-19 pandemic, farmers of Seijang in Imphal East of Manipur said they cannot live without food and asked the government to fix a date on which day they can take their lives.

Seijang Development Committee member Heikrujam Tombi told reporters at a press conference in Imphal on Tuesday, “If we are not given fertilizers, then we will die of starvation and our only source of living is farming and most of the farmers of the area are tenant farmers,” he lamented.

Tombi asked the government to fix a date so that farmers can lay down their lives as there is no point of facing starvation in the near future. To get the fertilizers, farmers have to stand in queues a day ahead from the evening in front of the district agricultural office (DAO), Porompat. But due to the lockdown and to maintain protocols, police personnel frequently dispersed their queues, he added.

If the fertilizers are distributed at the village level through Pradhan or Zilla Parishad in a timely manner, the issues concerning the unavailability of fertilisers can be solved, he said.

With the coming of monsoon season, the farmers are getting ready to sow the rice seeds. To make a better yield, the farmers used fertilizers, he said. For the said district, the government has allocated 150 bags of fertilizers which are 25 kilograms each, he added.

Imphal East district has 10 assembly constituencies and the government is reportedly calculating to distribute fertilizers of one bag per ‘sangam’ at government rate.

To distribute the fertilizers, the authorities concerned need to fix a schedule so that the farmers can get the fertilizers easily by following protocols to prevent the spread of COVID-19.

“The government and scholars have been chanting at various platforms that we have to promote agricultural products to make a country developed,” he added.

Subhash urged the government to make an alternative arrangement for easy availability of fertilizer as the state’s economic growth could be increased if adequate yields are produced.

Meanwhile, during an interaction with the Imphal Free Press, one Ningombam Tomba, a farmer said the fertilizers are available at the market or can be brought from black market but at higher price. As per the government rate, one fertilizer bag (Urea) cost Rs 250. Whereas in black market, fertilizers are sold at the rate of Rs 750 to 900 per bag, he added.

“Some said the lack of fertilizers is due to lockdown but as far as I am concerned, the scarcity of fertilizer is caused by illegal selling of fertilizers. Some individuals who have good contacts are buying the fertilizers at the government rate in bulk and selling them at higher rates to the farmers. To survive, us farmers, including myself, also have to buy fertilizers from black market at a higher rate if we cannot get them from the DAO,” Tomba asserted.