Parents of inmates quarantined at the Network for Social Advancement (NEFSA) complex, Kshetrigao protested against the delay in test results of inmates. 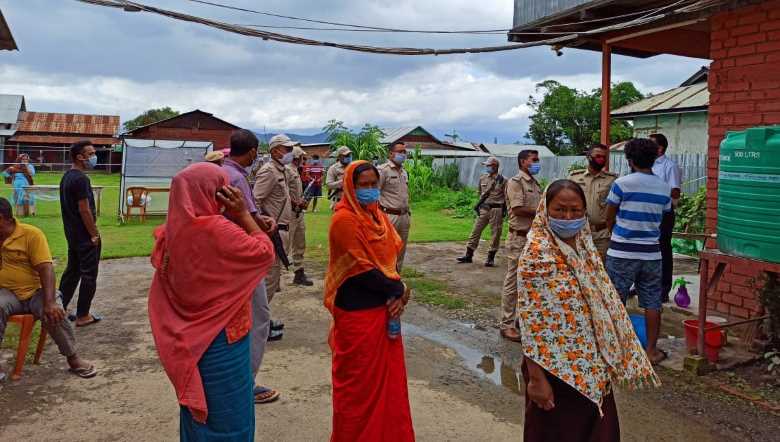 Enraged at test results not being declared even after 28 days, parents of inmates quarantined at the Network for Social Advancement (NEFSA) complex, Kshetrigao in Imphal stormed the centre on Tuesday in protest against the unwanted delay.

They were also told that the results will be out within two days' time. However, the results are still awaited even after four days. One of the parents told the reporters that they have to protest, fearing that the children in the centre may face depression due to the apparent delay in the declaration of the test results.

Speaking to Imphal Free Press, chief medical officer of Imphal East, Dr L Indira Devi said that JNIMS authority made a request to not submit further samples from June 21 until the remaining 3,000-4,000 samples in the hospital are not tested.

Although the parents were complaining that the results for some of the inmates were lost, the fact is that JNIMS authority has not released the results of the samples for reasons which are best known to them, said Indira.

However, the situation was brought under control by police personnel and district officials who intervened and spoke with the disgruntled parents.