As part of the World Environment Day 2021, a total number of 750 saplings were planted in the premises of Chingjaroi village in Ukhrul district. 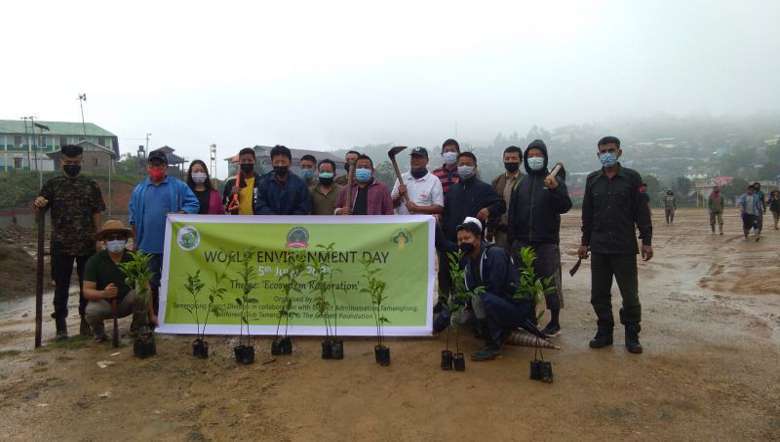 As observed across the world, the Directorate of Environment and Climate Change observed World Environment Day under the theme ‘Ecosystem Restoration with state-level media fellow recipients on Climate Change Reporting Phase-II 2021-2022’ on Saturday.

The observation ceremony was held online in the form of a web discussion.

Delivering his keynote address under the theme “Ecosystem Restoration: Linking to the Water Resources in Manipur,” joint director, environment and climate change, Manipur T Brajakumar said that since 1972, World Environment Day has been observed under various themes.

In the context of Manipur and degradation of the environment, T Brajakumar said that the experts are predicting that despite the state having enough rainfall, there will be scarcity of water for both irrigation and drinking purposes. “This shows that the state will encounter both drought-like situation during the lean session and flood-like situation in the rainy season,” he informed, stating that each and everyone should take equal responsibility in conserving rainwater and preventing deforestation.

As a part of the event, honorary member of Indigenous Territories and Community Conservation Areas, Consortium Salam Rajesh; The Sangai Express editor Khogendro Khomdram; FPSJ Review of Arts and Cultureeditor Pradip Phanjoubam; and advisor to chief minister Irengbam Arun also expressed their views and observations in connection with the media reports filed by the state level media fellow recipients on Climate Change Reporting.

In Ukhrul, Chingjaroi khullen youth organisation observed the occasion by planting various types of cherry saplings at their village in the north of Ukhrul district on Saturday. 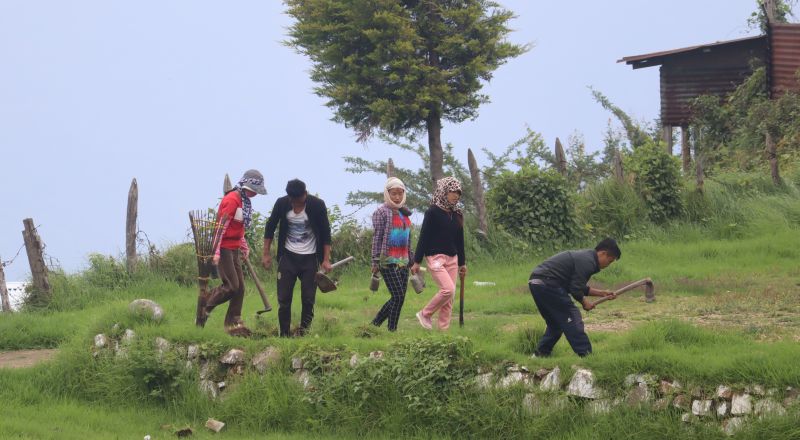 The youths numbering 116, as per the registration, turned up for the World Environment Day organised by the Chingjaroi Khullen Youth Organisation.

A total number of 750 saplings were planted in the premises of the village. The day was also observed under the banner of Volunteer for Village Development (VVD) an Ukhrul based NGO working in the area, as they provided all the saplings.

The team observed all the SOPs while dedicating their energy for the cause of ‘greener village, greener world’. “The world needs our contribution in making our mother earth once again a better world for this and the future generation,” Roviso Enoch, Youth president Chingjaroi Khullen said.

Meanwhile, several village youth clubs in Kangpokpi district embarked on the drive for plantation of tree saplings in collaboration with Kangpokpi Forest division on Saturday. 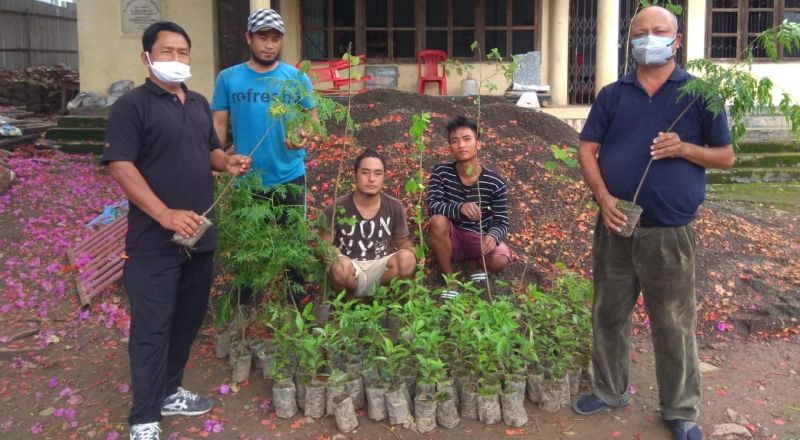 The tree saplings were also provided by Kangpokpi Forest Division. The four youth clubs conveyed its sincere gratitude to the DFO Kangpokpi, Chinpilhing Kipgen for her assistance in providing the tree saplings.

The organising committee also conducted a writing competition and cash prizes and certifications were awarded to the winners.

The committee also distributed saplings to villages within the area to encourage reforestation and afforestation to effectively address the environmental damage.

In Tamenglong district, as many as three hundred tree saplings were planted in and around the newly constructed mini stadium early in the morning in a plantation drive organised by District forest division in collaboration with the district administration, Rainforest Club Tamenglong and the Corbett Foundation.

As part of the celebration, a photography competition was organised.

She said the occasion could not be organised in a grand manner due to the pandemic; however, tree saplings plantation was held at Tamei headquarters too.

Speaking on the occasion, general secretary of MYDO Thangjam Manichandra said that the tree saplings were planted with the view that it might contribute to the conservation of the environment which is already in critical condition.

The club will take the responsibility of ensuring the growth of the tree saplings, he said, appealing for support and unity to defeat the COVID-19 pandemic.