Efforts on to prevent poaching of wildlife, bird traps seized in Thoubal

The JCCWB recovered five bird trapping nets and other equipment used by the poachers along with 11 live birds and a dead one on Tuesday.. 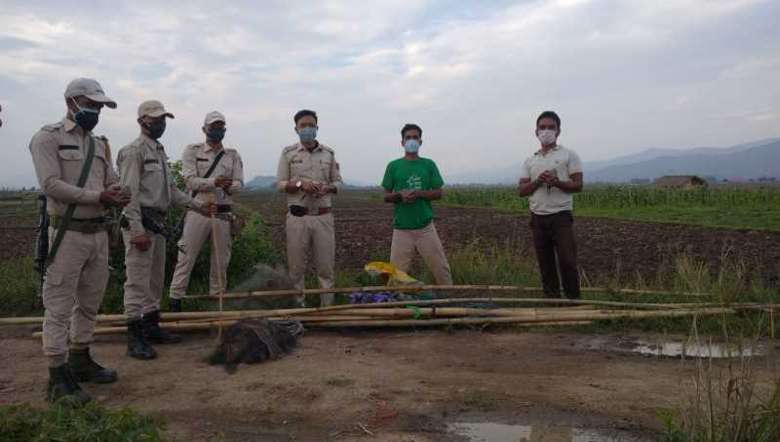 The Joint Co-ordination Committee on Wildlife and Biodiversity (JCCWB) in association with Heirok police seized five bird-trapping nets, along with 11 live birds and a dead bird from Phundrei Khondabi area bordering Heirok and Khongjom on Tuesday.

Although the culprits managed to flee from the spot, the team was able to recover five bird trapping nets and other equipment used by the poachers along with 11 live birds and a dead one. It may be mentioned here that the police had seized several bird-traps from the same area in the past.

Lauding JCCWB for its activities in conserving wildlife, N Premjit said the police are always prepared to help the organisations in curbing such poaching activities. He also made an appeal for public support in the conservation and protection of wildlife.

Convener of JCCWB, Romesh Ningthoujam further said that since the poachers remain unheeded despite repeated appeals, the organisation is closely monitoring them in order to catch them red-handed and take legal action. He also conveyed his gratitude to the police team for their timely support.