Growing plants in the air

Aeroponic crops are a potential source of fresh oxygen and clean drinking water. 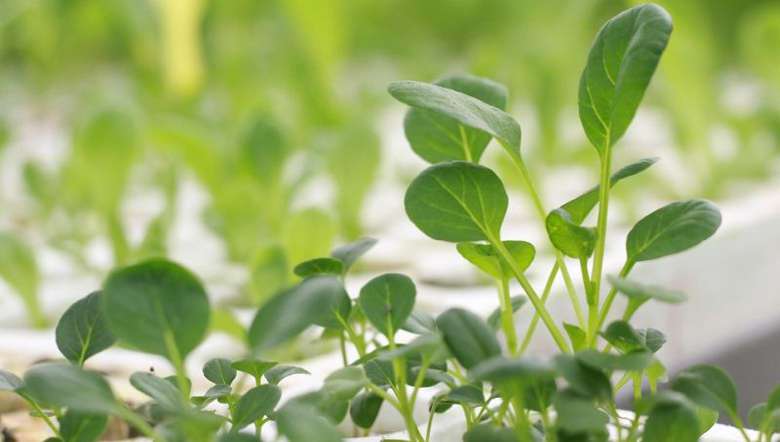 Aeroponic is the process of growing plants in an air or mist environment without the use soil or an aggregate medium. The basic principle of aeroponic growing is to grow plants in a closed or semi-closed environment by spraying the plant’s dangling roots and lower stem with an atomized or sprayed, nutrient- rich water solution. The leaves and crown often called Canopy extend above. The roots of the plants are separated by the plant support structure. Soil, water, say that plant doesn’t need them and people may think you’ve traded your cow – and your good sense – for a handful of beans. But NASA- sponsored plant experiments prove that you don’t need soil and lots of water to grow a beanstalk that would make Jack proud. Plants have been to space since 1960, but NASA’s plant growth experiments began in earnest during the 1990s. Experiments abroad the Space Shuttle and International Space Station have exposed plants to the effect of microgravity. These experiments used the principle of aeroponic: growing plants in an air / mist environment with no soil and very little water. In 1997, NASA- sponsored studies abroad the Mir Space station studied adzuki bean seeds and seedling, a high- protein Asian food crop. While bean were growing in zero gravity, ground control experiments watched to see how another group of seed and seedling responded on earth. Both sets of plants were treated with an all-natural organically –derived disease control liquid, known as  Organically  Derived Colloids or Organic Disease Control(ODC). While all of the seeds did well, that abroad Mir grew more than those on earth. Both sets of plants treated with ODC method grew more robustly and exhibited less fungal infection than the untreated seeds and seedlings. Results from NASA’s research abroad Mir has contributed to rapid –growth system now used on earth i.e aeroponic in which plants are started from cutting or seeds, then suspended mid-air in a growing chamber. The developing root systems grow in an enclosed air-based environment that is regularly misted with a fine, nutrient-rich spray.

Who knew naked roots could survive, much less thrive? It turns out that eliminating the growing medium is very freeing for plants’ roots: extra oxygen they are exposed to result in faster growth. Aeroponic system is also extremely water efficient. These closed-loop systems use 95 per cent less irrigation, 60 per cent fertilizer and 100 per cent pesticide less  than plants grown in soil and  all while maximizing crop yields. Aeroponic growing system provide clean, efficient and rapid food production crops can be planted and harvested in the system year round without interruption and without contamination from soil pesticides and residues. Since the growing environment is clean and sterile, it greatly reduces the chance of spreading plant disease and infection commonly found in soil and other growing media. The suspended system also has other advantages. Seedling doesn’t stretch or wilt while their roots are forming. Once the roots are developed, the plants can be easily moved into any type of growing media without the risk of transplant shock, which often sets back normal growth. Plants grown in this system have also been shown to uptake more minerals and vitamins, making the plants healthier and potentially more nutritious. In addition to these efficiencies, aeroponic’s eco-friendly reputation is bolstered by the ability to grow large quantity of food in small spaces. The approach is mainly employed in indoor vertical farms, which are increasingly common in cities- cutting down on the environmental costs of getting food from field to plate.

However, aeroponic system requires a bit of fitness to operate effectively. The nutrient concentration of the water must be maintained within precise parameters and even a slight malfunction of your equipment can cause the loss of crop. If the misters don’t spray every few minutes- may be because the power goes out, for example- those dangling roots will quickly desiccate. And misters need regular cleaning to keep them from becoming clogged by mineral deposits in the water. There is also one major drawback, environmentally-speaking aeroponic systems rely on electrical power to pump water through the tiny misting devices. Solar power or other alternative energy source can be harnessed to eliminate this drawback, however. In practice, aeroponic system are primarily used for the same applications as  hydroponic system, including leafy greens  culinary herbs, marijuana, strawberries, tomatoes and cucumbers. One exception is root crop, which is impractical in a hydroponic system but well-suited to aeroponic, as the roots have plenty of room to grow and are easily accessible for harvesting. Successful long-term mission into deep space will require that crews grow some of their own food during flights. Aeroponic crops are also a potential source of fresh oxygen and clean drinking water. But this is about more than a breath a fresh air or taking a quick shower. Each ounce of food and water produced abroad a spacecraft reduces payload weight, allowing space for other cargo that can’t be produced onboard. With technology like this, “jumping over the moon won’t be reserved for fairy tales”.