MPCC vice-president Ratankumar also questioned the government if there are any separate and unwritten protocols for BJP leaders in the state. 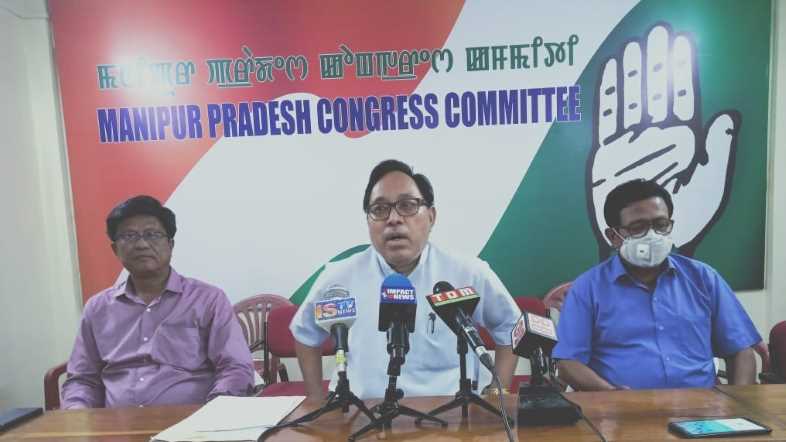 Speaking at a press conference held at its state party office located at BT road, Imphal on Monday, Ratankumar also questioned the government if there are any separate and unwritten protocols for BJP leaders in the state.

It is said that the BJP has been trying to turn the whole country into a corruption free nation but the BJP should disown partiality, he remarked. On Twitter, BJP leader Ram Madhav mocked the two Congress leaders for staying under quarantine when they visited the state. Being a BJP central leader, he should not do such cheap politics, Ratankumar said.

He stated that general secretary, All India Congress Committee (AICC), Gourav Gogoi and former union minister Ajay Maken were not forcibly kept under quarantine but they voluntarily quarantined themselves by following protocols.

They reached Imphal International airport on Friday last in a charter plane after taking permission from the Manipur government, he said. The two of them have been quarantined at Imphal Hotel till date as per protocols of the government to avoid spread of COVID-19, he stated.

Even the state government provided securities for the two Congress leaders in the state, he said. The MPCC strongly condemned the BJP for showing partiality during the pandemic, he added.