Dedicated COVID hospital for children below 15 to be opened soon: CM Biren

A place for the children's hospital has been identified at Langthabal, Manipur CM Biren said during the inaugural function of 10 KL Liquid Medical Oxygen Cryogenic Tank at JNIMS, Imphal. 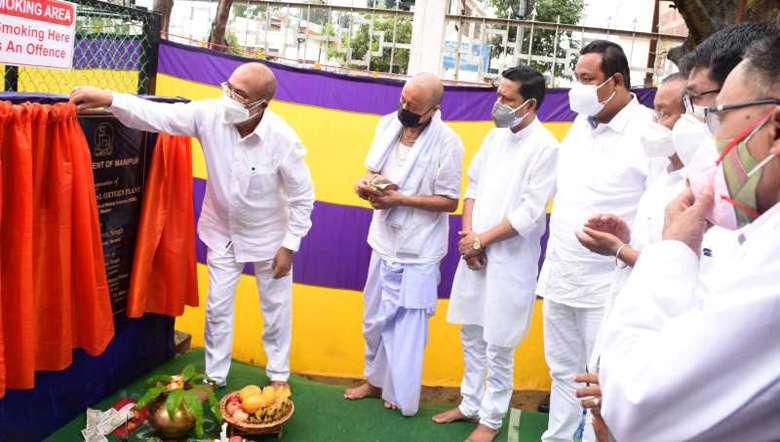 The chief minister made the announcement during the inaugural function of 10 KL Liquid Medical Oxygen Cryogenic Tank at Jawaharlal Nehru Institute of Medical Sciences (JNIMS), Imphal.

“It is a matter of concern that Covid-19 positive cases among children are steadily on the rise,” Biren said.

The children’s hospital will be managed by trained pediatrician, the CM said, adding that a place for the hospital has been identified at Langthabal.

Biren said inauguration of the oxygen plant comes as a relief for it could meet the oxygen requirements to a great extent.

The government was not sure in the beginning that an oxygen plant of such capacity could be installed within such a short period. However, with joint efforts and collective hard work of all concerned, it has become a reality now and it is like a dream come true at this critical juncture, Biren said.

Biren also informed that PSA oxygen plant in Churachandpur is now operational and a similar plant would also be inaugurated in Thoubal in a couple of days.

Many of the hill districts would also have their own oxygen plants soon. In addition to this, another Cryogenic LMO plant of 20 KL capacity would be installed in Imphal at the earliest, he said.

The chief minister further said the state now has around 4000 oxygen cylinders and over 1000 oxygen concentrators. Another ICU block having 70 beds with ventilators is also coming up at JNIMS complex soon, he said. With all these measures, the chief minister said patients requiring oxygen would be quite manageable.

Expressing his discontentment over the recent religious gathering held at Khoide of Senapati district, he appealed to the people of the state to maintain SoPs. He also urged to join the mass COVID-19 testing going to be held soon with an objective of early detection and early medication.