IFP Editorial: Manipur has consistently produced both quality and quantity as far as supplying players to Indian clubs and the national team is concerned. But why only six Manipuri players got the cut in the National senior football squad? 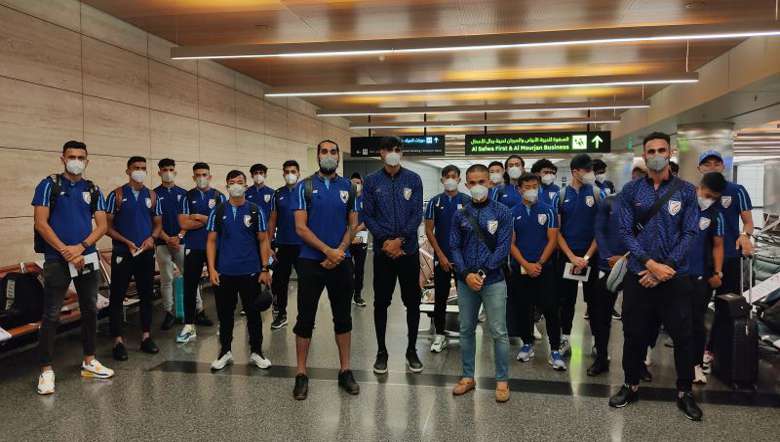 In a nation of over a billion people, a state with only a population of 30 lakh contributing six players in the 28 member Indian football squad for the FIFA World Cup Qatar 2022 and AFC Asian Cup China 2023 Qualifiers is a matter of envy and awe. But to the sports loving Manipuris, it is a matter of disappointment. Manipur is known as the “footballer factory” of India. The state has consistently produced both quality and quantity as far as supplying players to Indian clubs and the national team is concerned. A testament to that is the number of Manipuri players who was in the 2020-21 season of the Indian Super League, India’s top division. Manipur footballers’ career reached a zenith with 43 players featuring in several teams of the Indian Super League 2020-21 season. It was by far the most footballers represented from a state to the top professional league highlighting the craze for the “beautiful game” from a tiny state like Manipur in the North Eastern Region. Kerala Blasters and Bengaluru FC have highest intake of seven players each while SC East Bengal have six, Mumbai City FC and ATK Mohun Bagan FC have four players each, Chennaiyin FC, Jamshedpur FC and FC Goa have 3 players each, Hyderabad FC, North East United FC and Odisha FC with two players. Not long ago in 2017, eight young Manipuri footballers were in the 21-member Indian squad for the FIFA U-17 World Cup. They were Dheeraj Singh Moirangthem (GK), Boris Singh Thangjam (Defender), Amarjit Singh Kiyam (MF-Captain), Jackson Singh Thounaojam (MF), Md Shah Jahan (MF), Nongdamba Naorem (MF), Suresh Singh Wangjam (MF), and Ningthoinganba Meitei (MF). So the question is, why only six Manipuri players got the cut in the National senior football squad?

It is not only in men’s football, but in women’s also. Manipuri women footballers had ruled the roost in the national arena and had produced outstanding women footballers, the latest being Ngangom Bala Devi who is now playing in the Rangers FC, a Scottish club. She is the first Indian woman to sign a professional football contract and score in a European league. The 31-year-old striker has settled into life at Scotland, and believes that the hard work that she is putting in as the only Indian in the Scottish Women’s Premier League, will pave the way for others in the future. Playing for Rangers Women FC, Bala recently grabbed headlines with a long-range screamer, her second strike for the club. In the AFC Champions League, the 20-year-old goalkeeper Dheeraj Singh Moirangthem captured the headlines with his incredible saves. He was already called up for the Senior National Team camp and it motivated him to put up a stellar performance for his club FC Goa in the AFC Champions League 2021 Group Stage. Dheeraj, who had been twice been named in the AFC Champions League’s Team of the Week for his performances, played a big part in helping FC Goa secure a third-place finish in Group E of the AFC Champions League, with FC Goa being the first Indian team to play in the Group Stage of the competition. With FC Goa being India’s first-ever representatives in the AFC Champions League Group Stage, Dheeraj and his teammates had a tall order, facing-off against quality teams like 2020 Champions League runners-up Persepolis FC (Iran), Al Wahda FC (UAE), and Al Rayyan SC (Qatar). However, the young goalkeeper got two clean sheets to his name, making 19 saves from his five appearances.

After his appointment as India under-17 coach in February 2015, Nicolai Adam’s first destination was Manipur. Somebody told him, “That’s where the country’s most talented footballers are. It was natural to begin our selection process from there.” Initially, Adam rejected roughly 70 to 80 players from Meghalaya, Sikkim, Mizoram and Manipur because they were ‘too short.’ Nearly eight months later, after he scavenged the entire country for talent, the coach returned to Manipur again. This time, he left with players who would make half of his squad and it became a history of sorts. The state government has been trying best to encourage professional football with whatever means it has at its disposal. But, it needs to do more not only in terms of financial support but of questioning the manner of selection of national teams also.