The health minister said there were 197 cases of black fungus or mucormycosis in the national capital till Wednesday night. 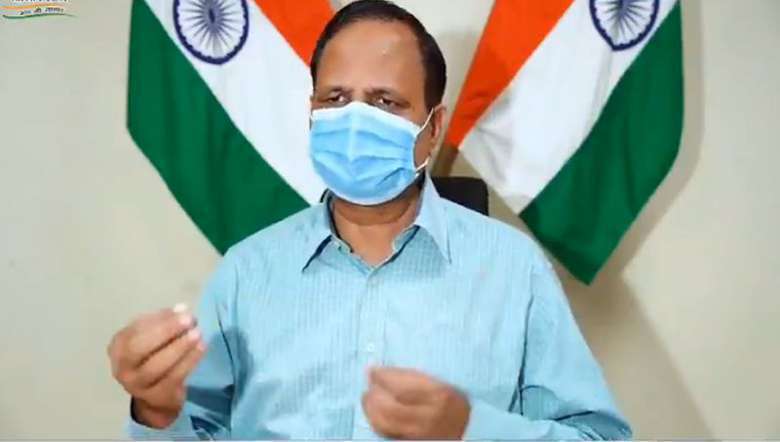 Delhi Health Minister Satyendar Jain on Friday cautioned COVID-19 patients against the use of steroids without doctor's advice.

The health minister said there were 197 cases of black fungus or mucormycosis in the national capital till Wednesday night.

Maintaining that the chances of black fungus infection are more in people with low immunity due to high usage of steroids and those with high blood sugar level, the health minister cautioned that COVID-19 patients who are on steroids should stop its indiscriminate use.

"Steroids destroy the immunity, take only when advised by the doctors," he added.

Black fungus are found in the soil or decaying matter inside homes and it doesn't affect healthy people. The health minister said black fungus affects only people with low immunity.

The health minister also advised all those who were on steroids should not come out of home or meet people for at least a week after steroid usage is discontinued. Prevention is always better than cure, the minister added.

"Prevention is better than cure. In case of Black fungus too, prevention is the key. Remember two things to prevent Black fungus. 1. Don't take steroids without doctor's prescription. 2. Keep your sugar levels in control," Jain tweeted.

Meanwhile, India has so far reported over 7000 cases of the COVID-induced black fungus infection and it has killed over 200 people in the country, reports said.

As per the reports, as many as 7,250 people have been infected with black fungus while at least 219 people have died due to the rare fungal infection.

On Thursday, the Union Health Ministry asked the states and the Union territories to declare black fungus or Mucormycosis as a notifiable disease under the Epidemic Diseases Act 1897.

The ministry stated that all government-run and private healthcare facilities must follow the guidelines issued by the Centre and the ICMR for screening, diagnosis and management of black fungus.

“It must be mandatory for all these facilities to report all suspected and confirmed cases to the health department through the chief medical officer and subsequently to the IDSP surveillance system,” it stated.