IFP Editorial: The District Hospital at Tamenglong has a sanctioned strength of 36 doctors including specialists and yet, only 15 were posted. At this critical juncture, the Chief Medical Officer was transferred out of the district to a senior position in Bishnupur. 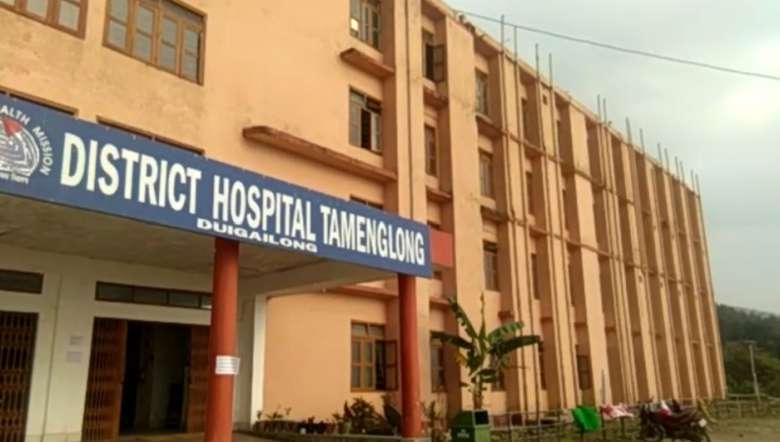 Like we said before, the state government is still in a fire-fighting mode and fumbling in its response to deadly second wave of the pandemic. What we are doing now is chasing the daily surge of Covid-19 infections and deaths and sometimes it feels like a losing battle as we continue to be overwhelmed by the increasing spike in infections coupled with lack of adequate hospital beds and critical care facilities, besides inadequate in-house production of oxygen in the state to meet the increasing demand as the daily surge of positive cases hover between 400 to 600. Sadly, the state failed to take advantage of the pandemic to revamp our health infrastructure for want of imagination and enterprise and it is still failing us in the second wave. The health administrators, who enjoy the blessings of the powers that be, failed to see the signs of the coming onslaught of the second wave in their singular agenda of hanging on the chair, by hook or crook. If they had been mindful of the crisis in hand and its possible ramifications, they would have had time to think over, contemplate and advised the political leadership, accordingly. Instead, it must have been the other way round with the political leadership talking and the bureaucrats including the time-serving directors listening, as most of the responses lack foresight and professionalism.

Manipur’s situation is very dire now. Among the north eastern states, Manipur has the highest death percentage as against the overall population, even higher than Assam. Yet, we are not doing enough to control the tide. As of Tuesday, the official count of active cases is nearing the 5000-mark while the number of deaths has already crossed the 500 barrier and yet, we are still in the fire-fighting mode. Yesterday, it was the problem of unavailability of adequate medical oxygen. Today, it is of not enough hospital beds and ambulances to transport the sick and dead. Tomorrow, it is going to be of ICU beds and ventilators. However strange indeed, the state found time to declare results of IRB jamadar recruitment and some of the ministers settle scores with political rivals in these trying times. Stranger still, the Chief Minister who holds the Health portfolio looks like someone lonely at the top with no fresh ideas forthcoming from his colleagues in the ministry or in the government.

The other day, the Chief Medical Officer of Ukhrul, Dr KA Shimray was complaining to the Health Director that six doctors whose transfer to the hospital were issued in place of seven doctors who were transferred out are yet to report for duty. The Ukhrul district hospital is a 50-bedded hospital with provision for expansion to a 100 bedded one. While the hospital is supposed to have 30 doctors, it is currently functioning with just 15 doctors.

Before writing officially, the CMO Ukhrul would have certainly apprised the Health Director about this. We do not know, whether he brought it to the knowledge of the district incharge minister who could have apprised the chief minister. But, what we do not understand is the need for transfer and posting of doctors in this crisis when the state should be thinking in terms of staffing the district hospitals with doctors in its full capacity. Instead of transferring out doctors, the state should have posted adequate number of doctors in the district hospitals. Likewise, the same thing has been happening in the remote district of Tamenglong. The District Hospital at Tamenglong has a sanctioned strength of 36 doctors including specialists and yet, only 15 were posted. Recently, one doctor was suspended while two were on leave. So, the effective strength is only 12. At this critical juncture, the Chief Medical Officer was transferred out of the district to a senior position in Bishnupur, while the next senior doctor was given charge of CMO, Tamenglong. Many have decried the move of transferring the CMO, himself a native of Tamenglong, who had single-handedly managed to revamp health infrastructure in the district. We are not concerned with his contribution but certainly this is not the time to weaken the district health infrastructure, but to strengthen them.

It will not go down well during the stewardship of Minister Awangbou Newmai that he did not do enough for the district which is his charge.