What’s so special about Dr Rajo?

IFP Editorial: In the case of extension of the Health Director Dr Rajo, Covid-19 pandemic related issues seems to have been flagged in the name of policy continuity. 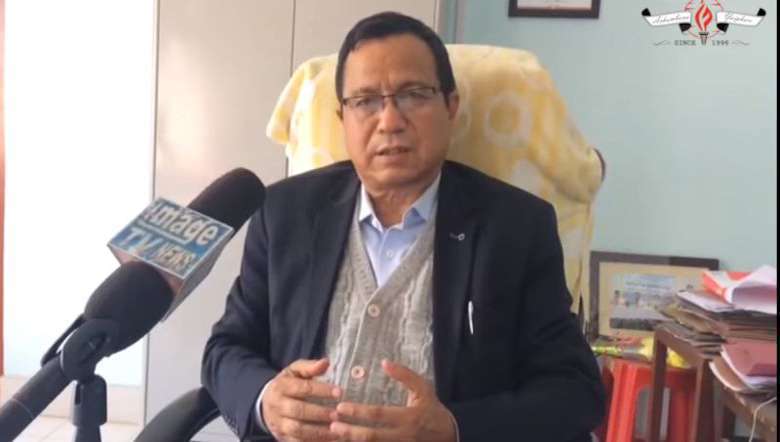 Two days after the Manipur government cancelled the contractual engagement of Dr K Rajo as Director of Health Services following a high court order, he was once again reengaged as Director on contract basis as provided under sub rule (3) of Rule 11 of the Manipur Health Services (Amendment) Rules, 2021 on Saturday. As the order said, the engagement was made in view of the urgency due to the prevailing COVID-19 pandemic, and it is subject to ex post facto approval of the State Cabinet and concurrence of DP and FD/PIC.

Dr Rajo was engaged for six months on contract to take charge of Director of Health Services on November 30, 2020 following his retirement. The contract was signed for engagement of Rajo to hold the charge of the said post for a period of six months with effect from December 2020 to May 2021.

The contractual engagement of Dr Rajo was challenged in the Manipur High Court by one Dr Shyamsunder, the next in line for promotion, and accordingly the engagement order was quashed by a single bench of the Manipur High Court. Dr Rajo and the state went for review, but it was dismissed on January 21 this year and directed the state to appoint Dr Shyamsunder as Director of Health Services within two weeks.

As the state did not comply with the order, the high court initiated contempt proceedings against the officials for “willful and deliberate disobedience” of the High Court order. Subsequently, the state cancelled the engagement of Dr Rajo as per Court’s order, only to be re-engaged two days later.

This move of the state government begs the question, what is so special about Dr K Rajo Singh?

Looking at the track record of the government, past or present, retaining the services of some officers who are due to retire either by extension of tenure or by contractual re-engagement has rather become a norm than exception.

The practice of extension or contractual engagement is not restricted to only top-level officers, but also among the middle rung officers generally on grounds of indispensability or lack of experience among the juniors to be able to perform extraneous duties entailing special talents and in handling sensitive matters.

While extension or contractual engagement in a few cases may be justified, it is not so in the case of all others. There is also a talk in official circles that such extension or re-engagement is not availed in certain deserving cases. Only a selected few who has a line with the powers that be seems to enjoy this and sometimes extension after extension are granted to a few top-ranking officers, more particularly among the department or directorate heads.

A joke doing the rounds in the bureaucratic circles is about a few top engineers who simply refused to retire. A glaring example can be found in the extension or re-engagement of top engineers in the erstwhile Irrigation & Flood Control Department (now Water Resources) and Power Department.

We have raised this issue in the past in this column again and again. What special qualities do these top officers or engineers have to merit extension or re-engagement at the expense of the promotion avenue of duly qualified officers or engineers. This question was raised in the case of Health Director Dr Rajo’s extension. Is he that indispensable?

What are his plus points which merited the re-engagement at the expense of other health administrators waiting in line?

One thing is certain, all such cases of service extension or contractual re-engagement of top administrators or engineers are decided by the state Cabinet where decisions are mostly political rather than of administrative exigencies and in the case of extension of the Health Director Dr Rajo, Covid-19 pandemic related issues seems to have been flagged in the name of policy continuity.

Yet, we have not seen any imaginative intervention from Dr Rajo during the pandemic which merits mentioning at the state level. All we are seeing is simply following the Central directives or SOPs, and certainly not state specific interventions with an aim to turn to tide. Like elsewhere in the country, we were caught offguard by the Second wave. So once again, what is so special about Dr Rajo? Please enlighten us.