A joint operation was launched by Moreh Battalion and Moreh police commandos, along the Indo-Myanmar Border near Moreh which led to the arrest of one KYKL cadre. 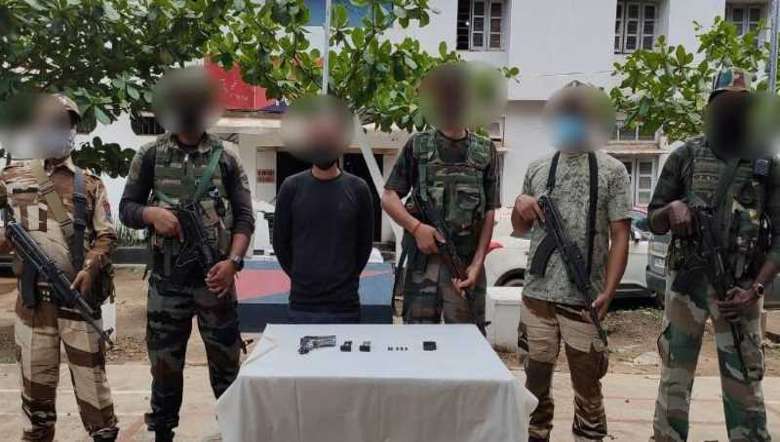 Moreh Battalion of Assam Rifles under the aegis of HQ IGAR (South) in a joint operation with Moreh Police apprehended one cadre of the proscribed KYKL group near Moreh on Saturday, stated a release issued by HQ IGAR (South).

Acting on a specific input, a joint operation was launched by Moreh Battalion and Moreh police commandos, along the Indo-Myanmar Border near Moreh which led to the apprehension, it stated. The apprehended cadre has been handed over to Moreh police station for further legal action.

Meantime, Chandel Battalion under the aegis of IGAR (South) organised a COVID-19 awareness programme in the villages near India Myanmar Border, it further stated.

It stated that the awareness programme started with educating the villagers about symptoms of COVID-19 and precautionary measures for curbing the disease by maintaining social distancing even after vaccination. Thereafter medicines were also distributed to the villagers, it added.

Then opportunity was also utilised to spread awareness about the importance of vaccination for which village authorities expressed their heartfelt gratitude for Assam Rifles for initiating such informative events, the release stated.

Tengnoupal Battalion of Assam Rifles under the aegis of IGAR (South) also constructed a Football ground for people of Chelep Village on Saturday.

The need for a playground was projected by the locals to motivate the youths of the village. The construction of a football ground was eagerly awaited by the villagers. The handing over event was conducted with strict COVID protocols, it added.