The woman was arrested along with 62.8 gram of suspected brown sugar, 67 numbers of ANREX-CP cough syrup and 579 numbers of SP capsules. 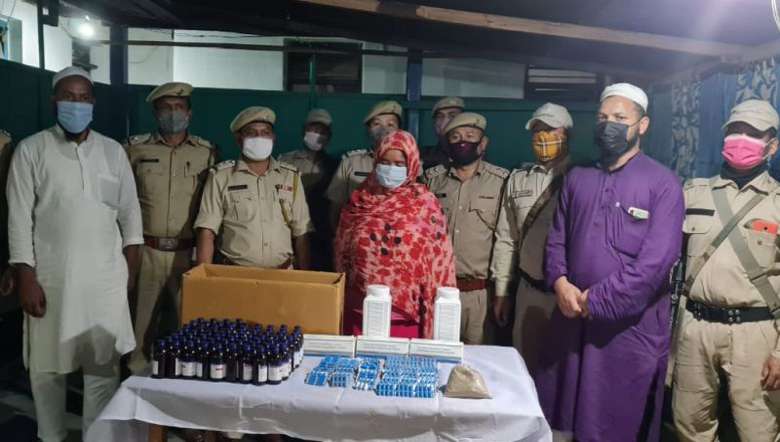 A team of Lilong Police Station arrested one woman drug peddler along with drugs from Lilong Turel Ahanbi on Monday.

According to police sources, the arrested woman has been identified as Phundreimayum Yasmin, 28, wife of Phundreimayum Mujibur of Lilong Haoreibi Turel Ahanbi near Kaleikhong Bridge. She was arrested by a team of Lilong PS led by its OC, inspector Riaz Khan including women police along with the members of ANJUMAN Lilong under the supervision of SP of Thoubal, S Ibomcha.

The house search was conducted in presence of a gazetted officer as witness. During the search 262.8 gram of suspected brown sugar (including the weight of plastic container), 67 numbers of ANREX-CP cough syrup and 579 numbers of SP capsules were recovered. A case under ND and PS Act has been registered for further investigation, the source added.