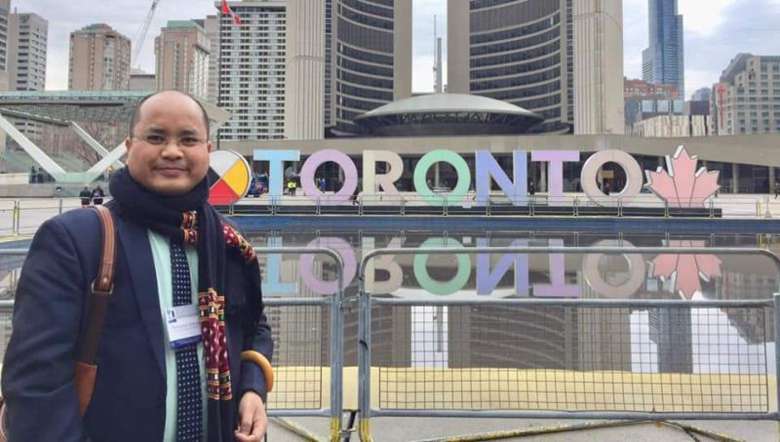 Renowned Kuki academician, political scientist, writer and worldwide orator, Nehginpao Kipgen succumbed to COVID-19 on Sunday morning in New Delhi.  He was 46.  He is survived by his wife and two sons.

Since 2013, Kipgen has served as a 'country expert for Burma/Myanmar' for varieties of democracy (V-Dem), a collaborative academic research project of the Department of Political Science, University of Gothenburg (Sweden), and the Kellogg Institute, University of Notre Dame (USA).

His body will be brought home by road till Kangpokpi Town and his last rite will be held following strict COVID-19 guidelines.

Social media platforms were flooded with written and visual condolence messages on Sunday mourning the untimely demise of Nehginpao Kipgen.

MLA of Kangpokpi assembly constituency Nemcha Kipgen in her visual condolence messages said that the untimely demise of Nehginpao Kipgen is a great loss for the modern world.

Meanwhile, the Home department, Government of Manipur has also issued a No Objection Certificate to transport the lifeless body of Nehginpao Kipgen from Delhi to Manipur subject to adherence to necessary COVID-19 protocols.

He was a notable eye-opener of the pathway to democracy for Myanmar and an expert in Southeast Asian politics and Human Rights at the academic and political level. He contributed maximum efforts to Southeast Asian Politics where his findings and decisions about politics were indeed anecdotes to the peaceful development and better future or economic growth in the Southeast Asia region, IHRA stated.