Based on specific intelligence inputs about the movement of insurgents in the general area of Phaikoh, an operation was planned and multiple teams were launched, the AR said 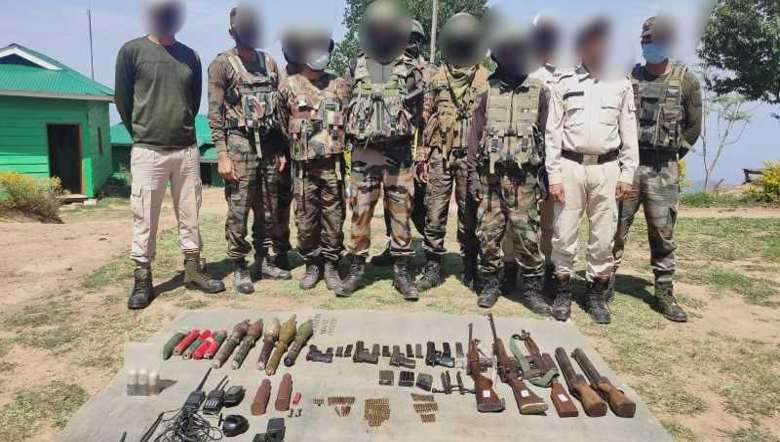 Troops of Chassad Battalion Assam Rifles under the aegis of IGAR (South) seized a large number of arms, ammunition and other warlike stores along the Indo-Myanmar border in Kamjong district, Manipur on Saturday, stated a release issued by IGAR (South).

Based on specific intelligence inputs on movement of insurgents in the general area of Phaikoh, an operation was planned and multiple teams were launched, it stated.

It stated that during the operation, the teams swiftly deployed themselves at suitable locations and seized arms and other warlike stores. The haul included two Lathode Launchers with three rounds, one Chinese carbine, two rifles, four 9 mm Pistols, five rockets propelled grenades and two radio sets, it stated. The seized items were handed over at Chassad Police authorities, it added.