As many as 1,349 packets of WIN cigarettes seized. 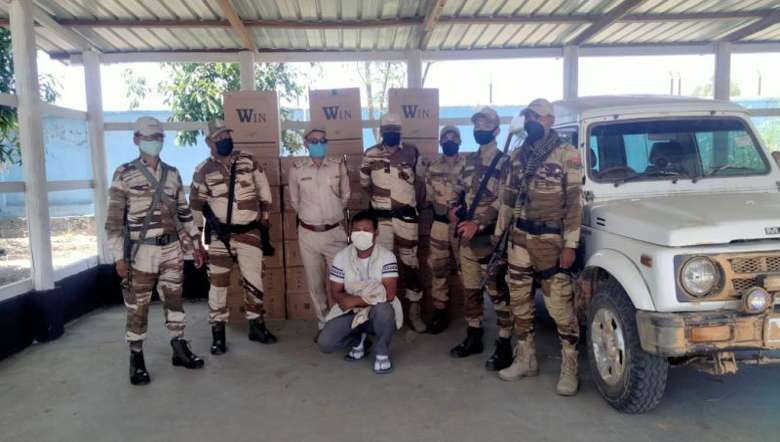 As per police sources, while conducting frisking and checking at Phanjakhong under Nongpok Sekmai PS, one Maruti Gypsy bearing registration number MN01X 1182 was proceeding towards Phanjakhong from Saram in a suspicious manner. When the vehicle was checked, 1,349 numbers of international cigarette packets (WIN packets) were found. The vehicle was driven by one Ershad Khan, 37, son of  (Late) Md Basir of Yairipok Singa Mayai Leikai, Thoubal district.

The cigarettes and vehicle were seized and the individual was arrested by observing proper formalities. Later, they were handed over to Nongpok Sekmai PS for further necessary action, the source added.