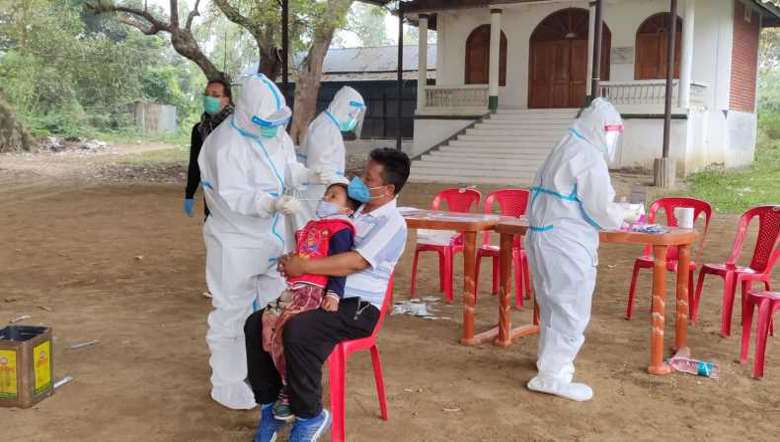 Manipur's COVID-19 death toll on Wednesday mounted to 380 as two more persons succumbed to the viral infection. The state also reported 92 new COVID-19 positive cases in a span of 24 hours, pushing the total tally to 29,961, according to the latest update by the state health department.

Imphal West continued to report the maximum number of new COVID-19 positive cases with 46, followed by Imphal East with 13 and Thoubal with nine cases. The remaining new positive cases included eight from Bishnupur, six from Churachandpur, five from Chandel, two from Kakching and one each from Jiribam, Kangpokpi and Senapati, according to a release issued by the COVID-19 Common Control Room.

With the new positive cases, the number of active cases also surged to 453 and the state's recovery rate fell to 97.21 per cent from 97.44 per cent on Tuesday.

The cumulative number of recovered cases is 29,128 with 22 new recoveries, the release stated.

The cumulative number of people vaccinated in Manipur reached 1,13,651, it added.