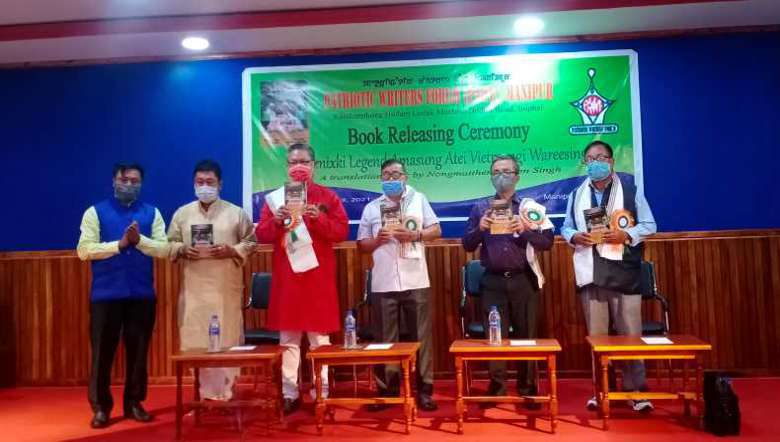 Manipuri translation of the Legend of the Phoenix and other short stories from Vietnam compiled and edited by Ho Anh Thai was released on Sunday at Manipur Press Club, Imphal.

The book was released by Patriotic Writers Forum (PAWF), Manipur.

MLA Karam Shyam who attended the function as chief guest lauded Noren for his contribution for making such inspiring story books available in Manipur language to make the readers understand better.

The book will instil positive spirit and energy to young readers who are the future of the society.

Shyam also pointed out lack of government support in literature works as one of the reasons for the slow development in the field of literature in Manipur.

Asserting that the numbers of readers in the state is very low, he asked the writers of Manipur to not lose hope as the books written today will a treasure in the future.