As a part of the event, a formal felicitation programme was held with the commandant of 38 Assam Rifles, colonel Hemchandra Singh felicitating a total of four Veer Naris and 10 widows from Kangpokpi district. 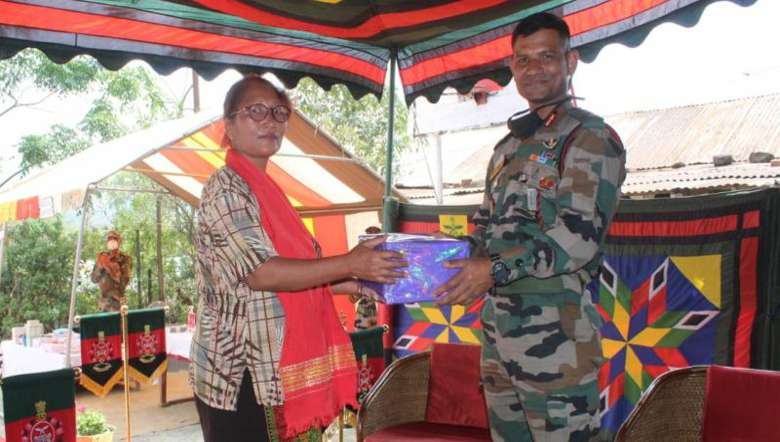 Jwalamukhi Battalion Assam Rifles under the aegis of 22 Sector IGAR (E) organised an Ex-servicemen Meet at Company Operating Base (COB) Kangpokpi on Saturday.

As a part of the event, a formal felicitation programme was held with the commandant of 38 Assam Rifles, colonel Hemchandra Singh felicitating a total of four Veer Naris and 10 widows from Kangpokpi district.

Various other facilities were also provided at the meet for the requirements of the ex-servicemen including CSD counters for both groceries and liquor were opened at the venue.

Under the arrangement of the unit, a medical camp for ex-servicemen and their dependents was conducted by a medical team fully equipped with modern equipment and medicines.

Besides these, a soldier clerk was nominated to collect reports of all personal grievances of the ex-servicemen which will be forwarded to respective record branches.

A total of over 168 ex-servicemen from Kangpokpi district including family members of ex-servicemen, widows and children, World War II veterans of the district and Veer Naris of AR as well as the Indian army attended the meet. It brought together both serving personnel and the retired fraternity of the armed forces much closer.

The meet was considered a grand success with all the veterans and Veer Naris who took part going back reassured by the care and empathy shown by the armed forces fraternity of the nation. Expressing appreciation for the efforts taken by AR in taking care of their welfare, the ex-servicemen further conveyed gratitude to the Jwalamukhi Battalion for organising the event.