Arambam Renu Devi, who is also the proprietor of ‘Renu Handloom and Handicraft’, said that the economy of the state is unsound and many people are reeling under unemployment. 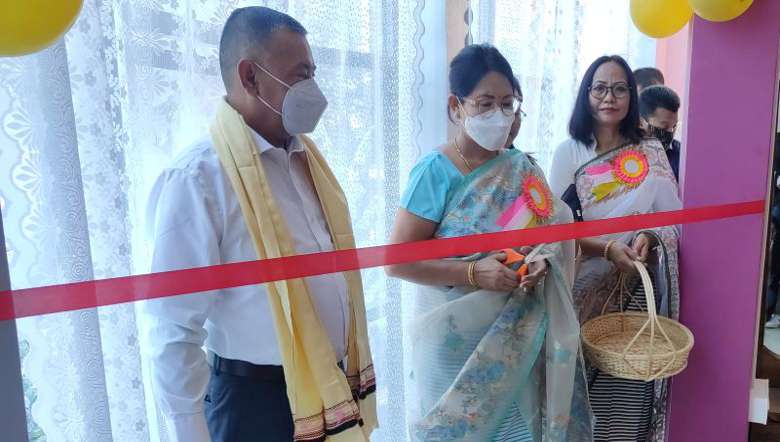 She was speaking at the inauguration of the second show room of ‘Renu Handloom and Handicrafts’ at Haobam Marak Ngangom Leikai on Saturday.

Renu, who is also the proprietor of ‘Renu Handloom and Handicraft’, said that the economy of the state is unsound and many people are reeling under unemployment. But in fact, there are many ways to enhance the economic status of the state through the promotion of private enterprises, she said.

She further said that when compared to other states of India, the movement of cooperative societies in Manipur is very slow. The problems of unemployment in the state may be reduced to some extent if there are a good number of cooperative societies that can run effectively, she further said, adding  support from the state government is much needed.

Concerning the conditions of the cooperative movement in other states, she said that maximum number of states are taking full benefits of ICDP taken up under National Cooperative Development Corporation (NCDC) but many of cooperative societies of Manipur have failed to avail such benefits.

“It would be a source of great motivation and encouragement to those running cooperative societies if the state government extends sincere efforts to fully implement the ICDP,” she added.

Chief guest of function Nongthombam Hiyainu, who is the wife of Chief Minister N Biren Singh, said that the state has been glorified at the international level through sports, art, culture, tradition and handlooms and handicraft. Therefore, taking up the venture of opening a showroom for handlooms and handicraft items is highly appreciated, she added.

She assured of extending possible support and also urged to produce more attractive items which can cater more to foreign customers.

Deputy registrar, Cooperative Societies of Manipur Oinam Jiten Singh took part at the occasion as the president of the function.