The photos exhibition will be opened for public viewing between 11am and 6 pm daily from Thursday to Saturday. 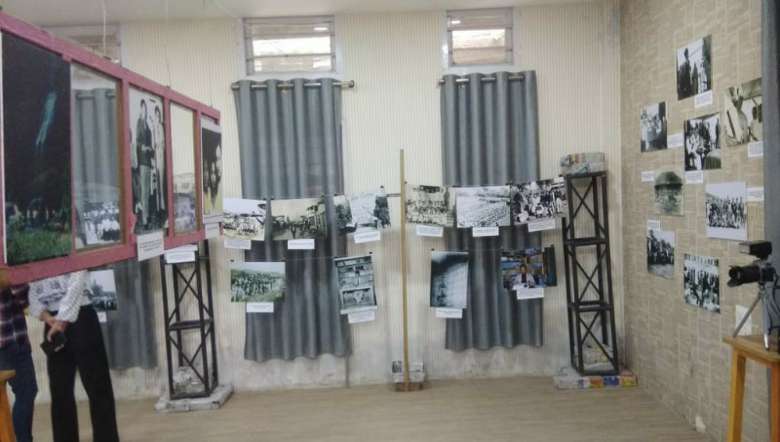 A three-day photo exhibition titled ‘The Town between the Hills: A Photo Exhibition on the History of Lamka’ was inaugurated on Thursday at Churachandpur District Library located at Hiangtam Lamka. The photos exhibition will be opened for public viewing between 11am and 6 pm daily from Thursday to Saturday.

Organised by ‘This Is Lamka’ in collaboration with NEST Lamka, Highland Group and Zogam Tribal Museum with support from British Council's Heritage Grant for South Asia, the exhibition will also host a range of sessions from story-telling, conversations on home-grown stories to evening musical serenade.

The conversations on ‘Home-grown: Reading and Writing Stories of Our Own’ session will be hosted in collaboration with the department of English, Churachandpur Government College.

The session which will be held from 4.30 pm onwards of Friday at the exhibition premises, will witness young home-grown writers and scholars in conversation with project leader of ‘This is Lamka’, Dennis Lallienzuol.

Scheduled to be conducted on the final day, the storytelling session will be followed by the musical serenade programme with various artists from the town performing from 5 pm onwards at the exhibition premises itself.

During today’s inaugural photo exhibition, old pictures dating back to 1930 till 1990 could be seen on display. They included pictures which portrayed the time when Christianity entered the area, the visit to Churachandpur district by the then president of India, VV Giri, and PM Indira Gandhi in 1974 along with PM Rajiv Gandhi’s visit which took place after a decade.

Besides the picture of the anti Tyagi Bill protest of 1979, there were also other significant pictures such as the presentation of ‘Khamen Chatpa' to Zenhang Valte by maharaja Bodhachandra Singh in 1948, inauguration of Hmar bible in 1968, Actor Dev Anand’s visit of Lamka town in the 1980s, a classic Mercedes, and the Ashok Leyland bus service in 1967 between Churachandpur and Imphal. Another interesting feature of the exhibits was the one depicting Pop culture influence at Lamka with hundreds of pictures on display.

Speaking about the event, the organisers said that the photo exhibition seeks to engage, reflect and explore through photographs the visual history of the town. ‘This Is Lamka’ is a digital archiving project with a primary objective of preserving the visual history and narrative of the ‘Zo’ kindred tribes from Manipur and beyond, from photographic evidence and moving pictures that are surviving to this day and are in the danger of disappearing or lost.

The project also envisioned a common platform for younger generations and inhabitants of the place, practitioners and experts of the region and promote the importance of visual arts, engage in socio-political and cultural discourse to enrich research, the organisers added while also urging for more people to come forward and sell pictures in order to preserve the trend through digital archiving.