The avid pop genre listener turned metal guitarist and singer said that his style is based on Christian metal - full of guitar riffs, solos and instrumentals. 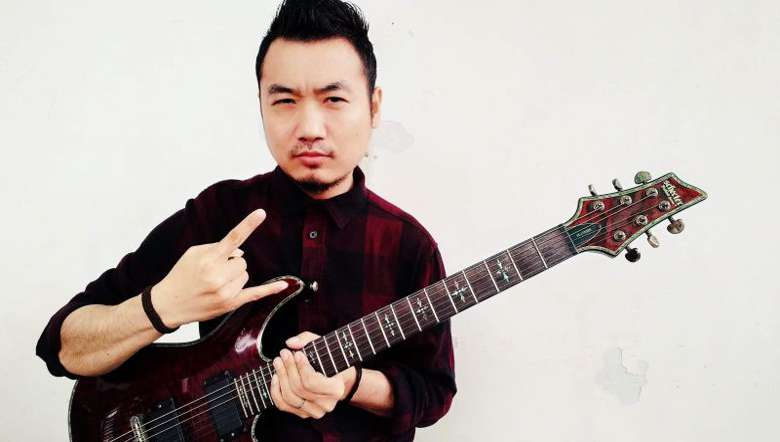 Christian metal singer and guitarist from Manipur, who is a product of both Parikrama School of music and London school of music, released his new original track record titled ‘Holy Fire’.

Longleng had produced a number of songs for different artistes, including originals, covers and tracks and released three original EPs, including ‘Don’t Be Afraid’, ‘Wounded Soul’ and ‘Waves of Grace’.

Speaking exclusively to the Imphal Free Press over the phone, he said, “My lyrics are based on my stories, Christian lifestyle and humanity. I just want to give hope, love, and inspiration and bring a smile to someone's life - be it in a small way.”

The avid pop genre listener turned metal guitarist and singer said that his style is based on Christian metal - full of guitar riffs, solos and instrumentals.

Currently based in the national capital, his daily activities centre around performing back-to-back roles such as music educator and video editor at Dwarka Community Church.

Longleng has been in the musical profession for more than a decade. He was pursuing two master degrees - MA and music education from Parikrama school of Music, Delhi, he said.

“After I completed my Masters I decided to pursue music as my full-time profession. And I don’t regret it,” he said.

Narrating his musical journey, he said, “I loved music since my high school days but never thought of becoming a professional, considering all the limitations, hardships, and challenges. But there has been always an inner voice and instinct telling me, ‘if someone can make it, why not me’. I decided to go for formal music education, after attending Parikrama School of Music, Delhi. That’s when I took things seriously to opt for music as my career.”

“I may or may not make it to the top but there is lots of happiness and satisfaction when we do things that we love the most,” he added.

Talking about his projects, he said that G MUSIC GOLD LABEL, Chicago Il has contacted him regarding some projects and distribution.

When asked about his struggles, Longleng said that like any other struggling musicians he too had his fair share of struggles.

Recalling that financial hardships and time management was the biggest struggle, he said he worked the late-night shift from Monday to Friday to support his family and himself financially, while pursuing his master's degree and at the same time attending my music classes, which was hard. “But by the grace of God, I have overcome the hurdles,” he added.

He says there is no dearth of talent among the Northeasterners, and among the bands, like Soulmate, Alobo Naga, Girish Chronicles, Avora Records, Polar Lights, Magdalene, Boomarang, etc, are doing well.

“Never stop learning, never give up, and keep your dreams alive. It’s never too late to start anything” was his message for the youths of the state.