On April 2, the CBI in its final investigation report submitted before the chief judicial magistrate, Imphal West mentioned that Babysana committed suicide by hanging. 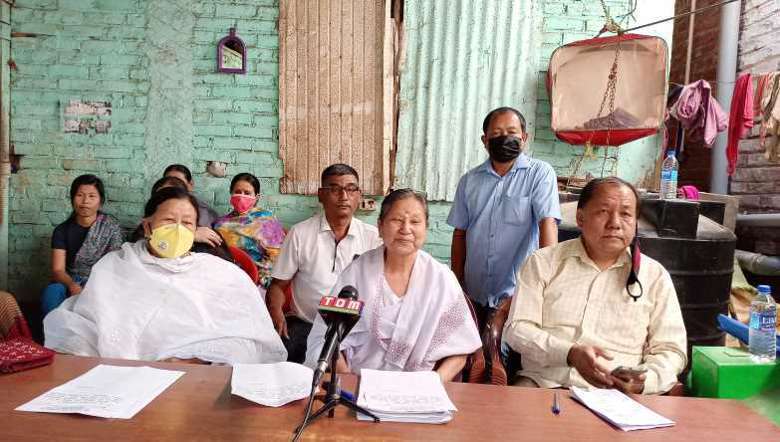 The 'JAC against the Murder of Ningthoujam Babysana Chanu' sought DGP, Manipur to collect blood samples of the five accused persons in  connection with the case and identify their blood groups by sending them to a lab.

The reminder letter mentioned that during the investigation of the case, MPS A Ghanashyam Sharma had a clear finding of the presence of blood of “AB blood group” on the left middle finger of the deceased which has been kept as exhibit mark S-4 and S-9.

The deceased’s family and the JAC had proven that the “AB blood group” did not come from late Babysana, and it should belong to one of the accused persons. Therefore, the information of their blood group is highly required as evidence in the courts, it stated.

It further stated that the CBI has failed to answer in this key area of investigation but as per the law, investigation cannot be completed without answering this key issue.

“CBI in a hurry to give a clean chit to the accused persons has made a Himalayan blunder which your officers succeeded in the cheating charge, but the CBI has totally compromised their integrity in saying Standard Robert Boarding being registered under Manipur Shop and Commercial Establishment Act, 1972 is legal. How can a school boarding be registered under this buying and selling Act?” the letter mentioned.

The letter further stated that CBI had deliberately underestimated the direction of the Supreme Court under JJ Act for which at an appropriate time the CBI officers have to answer to the court.

“In the Area of JJ Act as directed by the Supreme Court to the state government, your investigating officer was in the right tract,” it added.

Asserting that both the investigation agencies failed to answer to the “AB Blood group” stain found on the left middle finger of the deceased, the letter requested to give a reply to the information as requested per the instruction of the High Court of Manipur.

Babysana, a student of Standard Robarth Higher Secondary School at Canchipur in Imphal West, was reportedly found hanging in the hostel dormitory on July 18, 2019 at Standard Robert Girls Hostel.

On April 2 the CBI in its final investigation report submitted before the chief judicial magistrate, Imphal West mentioned that Babysana committed suicide by hanging.