Biswajit said that construction of the Shirui Village to Kachoupung road was initiated around 2015-16 under PMGSY Stage I work. 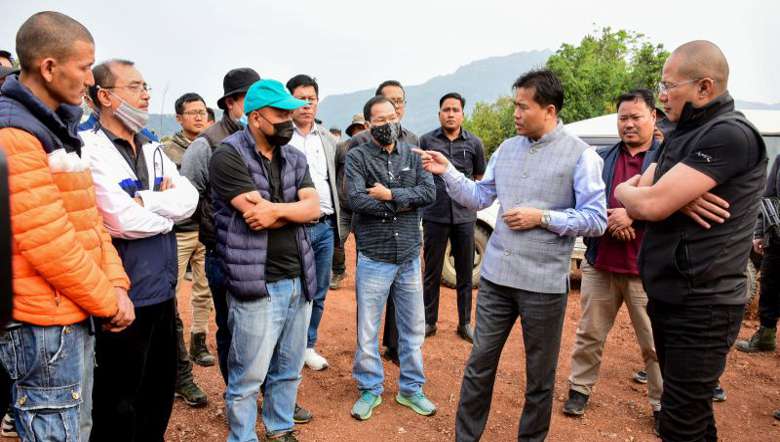 The scheme is implemented by the Manipur State Rural Roads Development Agency (MSRDDA)/Rural Engineering Department (RED) in the state.

Briefing media persons at the end of the inspection, late in the evening at Khayang Village, Biswajit said that construction of the Shirui Village to Kachoupung road was initiated around 2015-16 under PMGSY Stage I work. However, after locals showed discontentment with the previous alignment, he had assured the House to personally inspect the road and do the needful, he added.

Biswajit said that MP Dr Lorho S Pfoze and MLA Alfred Kanngam Arthur have also shown their deep concern for the said road and to improve connectivity in the area. The minister said that the target for completion of road works taken up under Stage II is March 2022.

Meanwhile, it may be mentioned that during the inspection trip, the minister and his team was warmly received at villages located along the road namely Mapum Village, Zingsui Village, Roni Village Chamu Village, Mitiyang Village, Phungtha Village, Kachoupung Village, Khayang Village among others