The walkathon started from Jadonang park of Tamenglong town and proceeded towards Old Tamenglong village junction, and headed back from there to the starting venue. 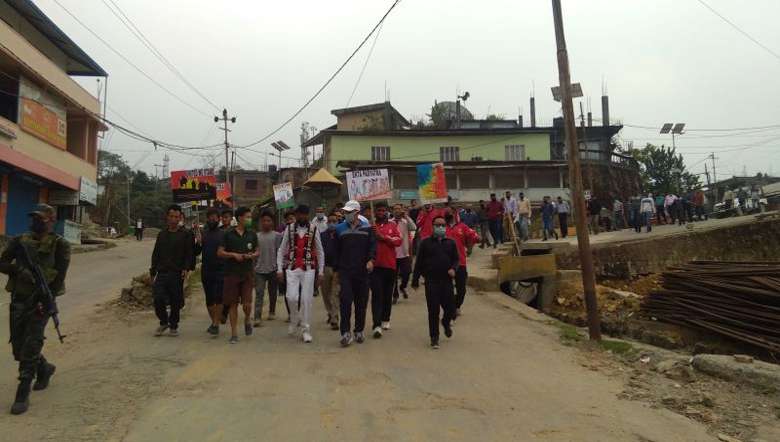 In commemoration of the 91st anniversary of the historic Dandi march and 75 years of Indian Independence, 44 Assam Rifles organised an Azadi Ka Amrit Mahotsav celebration with a Walkathon in Tamenglong district headquarters on Monday.

The walkathon started from Jadonang park of Tamenglong town and proceeded towards Old Tamenglong village junction, and headed back from there to the starting venue.

Before the commencement of the walkathon, a lamp lighting ceremony was also held in tribute to the freedom fighters with the participants lighting up lamps and remembering the struggles and sacrifices of Mahatma Gandhi, Rani Gaidinliu and Haipou Jadonang.

Members of Khoupilong Youth Club along with jawans of 44 AR led by its commandant, colonel Pradeep Kumar, and 142 Battalion of CRPF led by its deputy commandant Th Binel Singh took part in the event. 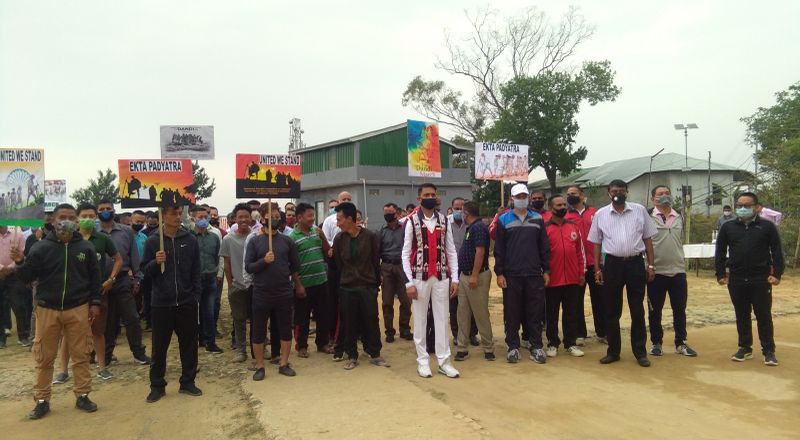 Speaking on the occasion, colonel Pradeep Kumar urged the youths to channelise their energies towards the upliftment of society, nation building and development.  “Remembering Gandhi and his event is not enough,” he said while stressing on the need for people to follow and apply Gandhi’s teachings in their daily lives. He also encouraged the gathered youths to join the security forces and asked them to preserve, protect and enrich the hard earned freedom to promote a sense of national integration and commitment.

Colonel Pradeep Kumar further said that the aim of today‘s event was to foster patriotism among the local youths and to pay homage to the legendary freedom fighters from the soil of Manipur. “The freedom struggles and contributions of Rani Gaidinliu and Haipou Jadonang were highlighted for the next generation. Rani Ma was an exponent of Haipou Jadonang who launched a religious reformation movement,” he said.

The Zeliangrong movement later became a political struggle to uproot British colonialism from Manipur and in Naga areas, he continued adding that Rani Gaidinliu spread the message of Gandhi in Manipur and identified the Naga struggle for freedom with the wider Independence movement, and she emerged as an active leader of British resistance before her arrest in 1932 by British authorities

The event culminated with the playing of the favourite bhajans of Mahatma Gandhi and other patriotic songs.