Amid the hardship faced by the people in Tamenglong hit by acute water scarcity, efforts are made to prevent shooting of birds and wild animals to save the rich biodiversity of the region. 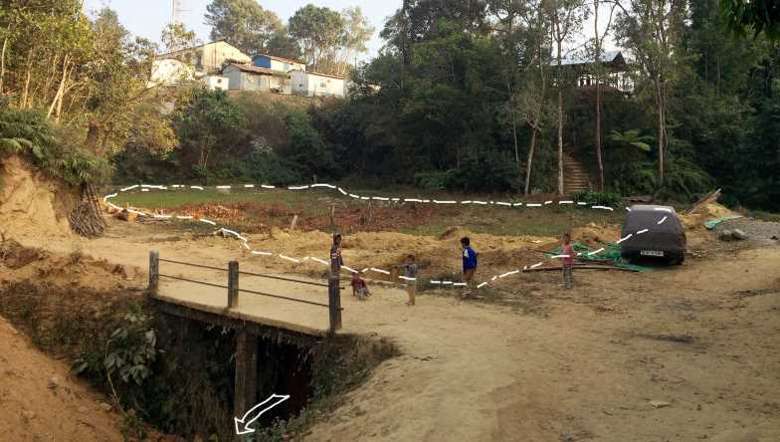 Young students washing their school uniforms late in the night with water stolen from a pond, a water pipeline source of a neighbour; a young mother reusing the water used for washing rice or vegetables to flush the toilet or to clean up the chicken coop or water the garden; womenfolk waking up before the dawn to fetch water from the locality pond before the others could draw it, as natural ponds get filled up a little early morning; and young women and children waiting in long queue hoping to get at least a bucket or pot of water from the neighbourhood water tank. These are a few common instances one finds in Tamenglong hill district of Manipur in Northeast India. The stories are many, as Tamenglong town reels under the problem of climate change and water scarcity during the dry season. The problem of water scarcity has become acute as the demand for water increases against the short supply, with the increase in the rural population migrating to the town area.

Although water scarcity is a problem faced across different parts of Manipur during the dry season, a crisis is looming large over Tamenglong which is a rainforest region with rich biodiversity. Dailong village in the district was declared a Biodiversity Heritage Site by the Manipur government in May 2017. Well forested with thick vegetation, the region is home to some of the exotic and endangered wild flora and fauna. However, the town faces the problem of water scarcity every winter. The problem became more severe in recent years.

Considered as the most backward district in the state, efforts are being made by the state government and the district administration to speed up the development process in the region. The condition of water supply in the town, however, has not improved over the years. The water situation has worsened and is usually at its worst during March in the hill and valley areas both. In some other year, the dry spell would last till April and May when the arrival of monsoon rainfall is delayed. Denizens in town and rural areas both face the same hardship during these dry months which begins with the onset of the cold season.

This year, following the long spell of the dry days and, as the pre-monsoon was delayed, people in the town have been struggling hard. ‘Water scarcity’ is the buzz word in Tamenglong now. Social media is flooded with comments and photos depicting the brunt of the problem faced by the people in the town. One photo captures several women and even children queuing up near a local pond at Guigailong, Tamenglong Ward No-II to fetch water for daily use.

A cartoon in a local daily conveys the grim situation where a woman is shown asking her neighbour to lend a cup of water to prepare food.

As the people in the town struggle daily with the problem of poor water supply with several water sources drying up, some attribute the acute water scarcity problem and climate change to degradation of the environment as a result of the massive loss of forest cover in the region due to large-scale deforestation caused by several factors adversely affecting the environment.

The main reasons for such massive reduction in the size of forest cover in the hill districts are attributed to deforestation caused by massive timber logging, construction of roads and railway lines in the district and jhum cultivation.

Some attribute the practice of Jhum cultivation as the main factor adversely affecting the environment in the hill districts of Manipur. Since time immemorial, jhum cultivation, which involves clearance of forest area, is practised by the villagers in the hill districts of the state. The practice of the old knowledge system of the hill people which necessitates burning of a field (pam-lau), a portion of the forest area, where plants and trees are felled, is being practised till today. Farmers in the hills are reluctant to give up the practice.

Deforestation increased with major development projects in the hill region and is drying up water sources. Several urban activities, including expansion of township increase in construction of houses for dwelling and commercial purposes, and infrastructure development works such as construction of new institutions, offices, road and railway among others, are causing rapid deforestation.

At present, the last railway head in Manipur is the Jiribam railway station. Railway is yet to reach other parts of the state. Now, the expansion work of the railway network connectivity to Imphal is under way in Tamenglong. The construction of several train tunnels in the hills as a part of the railway expansion work in Tamenglong district, widening of the highway and new road construction, which have been going on for some years now, has resulted in the destruction of large-scale forest cover.

Various other development activities have also led to clearing of many forest areas in Tamenglong. Apart from road and railway construction, the building of new offices, schools and other modern infrastructure have resulted in felling of many trees in the district headquarters of Tamenglong. Therefore, the water retention capacity is greatly reduced. Many ponds and rivulets are completely dried up. In addition, some dried up ponds are being silted and are now transformed into playgrounds. At Utopia Ward in Tamenglong HQ, the Mini Zeilan pond which was filled with water a couple of decades ago has now disappeared.

Heavy timber logging being carried out in large scale that goes unchecked most of the time is another major factor adding to the degradation of forest cover in the hill districts, including Tamenglong and Ukhrul. It is a way of life of the people in the cold hill region to use natural resources such as cane, bamboo and wood from the forests to build houses or as fuel for cooking and keeping their hearth warm. The demand for the forest products has increased as more houses and other constructions are needed to be built with the rapid rise in population. It may be pointed out that constructing a modern house or building requires a good number of planks and beams.

Also, with the installation of many sawmills in the hill districts in recent years as a part of development activities, timber business is now a thriving trade in the region.

While poppy cultivation, which is common in other hill districts of Manipur, is not reported in the region, growing business like the palm oil project or efforts in the plantation of non-local species of plants have necessitated clearing of vast tract of forest land. If permission is granted for exploration of oil in the district more forest cover will be lost. Oil exploration will not only destroy the forest but will also pollute the soil, water and air altogether.

What the Forest Division is saying

Currently, efforts are being made by the Public Health Engineering Department (PHED) Tamenglong to supply water to every household in Tamenglong. The project “Water Supply by Conservation at Tamenglong” being developed under the Non Lapsable Central Pool of Resources scheme (NLCPR) financed by the Ministry of Development of North Eastern Region (DoNER) was inaugurated by Manipur Chief Minister N Biren Singh on March 28, 2021 at Hangoipat-Duithanlong, Tamenglong. However, the water from this project is yet to reach the common people. The other projects include ‘Zeilan Pond’ at Power Station area, and ‘Joulen Water Project’ at Gadai Hills of Tamenglong.

Improvement of the existing water supply source at Duigailong is also being undertaken by the PHED.

The ambitious 'Jal Shakti Abhiyan: Catch The Rain', a Central government programme, was also launched for Tamenglong on March 22, 2021 when Prime Minister Modi launched the programme for the nation. Consequently, the district administration has held a meeting in this regard and announced that the District Water Sanitation Committee (DWSC) is working to provide water connectivity to all residents of the District HQs from both existing and rainwater projects, and that the concerned village authorities may start collecting data i.e. Aadhar Card of women members of the household to get water connection.

One of the major problems affecting the recent development projects is the encroachment of forest areas. Tamenglong PHED Executive Engineer Ajin Thaimei has stated that 34 hectares of catchment area at Gadai Hills, also called Prayer Mountain, is already encroached by unauthorized persons.

Another major issue is ‘forest fires’ that have razed the Gadai Hill range and its surrounding areas thrice in a month’s time (March 2021). Which means that a very wide catchment area is disappearing every year. And as jhum cultivation of crops and timber logging are continuing unabated, the district is contributing to the crisis of global climate change. The problem of water scarcity and alarming rise in temperature in recent years point to it.

Tamenglong district has five important rivers viz. Barak river, the biggest river in Manipur, Irang river, Makru river, Leimatak river, Ejei river and Alingh river. All of them flow into the Bay of Bengal. Their catchment area is 9042 sq km which covers the North Western portion of Senapati district, the whole of Tamenglong district and western two-thirds of Churachandpur district (Source: PHED Tml). With various development projects such as the railway lines, ADB road and other road expansion works in progress, and the process of urbanisation speeding up in the district, the general public are now at the cross-road whether to choose development or face the brunt of the ecological crisis.

The gloomy fact is that the majority of the people are not aware of the issue. People still lack awareness on water conservation and rainwater harvesting during the rainy season, or the practice of judicious use of water.

The action of the Dailong village to preserve its forest as a Biodiversity Heritage Site, the efforts of the Rainforest Club Tamenglong to save and preserve both the flora and fauna of the district, and the declaration by Azuram Village as “Azuram Community Reserve’ to conserve all the eastern side of their village to protect all wildlife which entails the conservation of the forest are significant steps taken towards the protection and conservation of the environment in the fight against Climate Change. Besides, the Forest department under the District Administration has been taking stringent steps to conserve and preserve the forest of the district. The district has banned shooting of birds and other wild animals in the region.

Efforts to prevent shooting of birds by collecting air-guns, creating awareness to save Amur falcons and declaration of Phalong as ‘Amur Falcon Village’ are in the right direction to save not only the birds but also the forest.

However, as the problem of water scarcity in the district has turned acute and a crisis looming, a strong and comprehensive policy needs to be formulated by the concerned authority to prevent forest fires rampant in the hills of Manipur, including Tamenglong and Ukhrul. There is also an urgent need to push community participation by creating awareness on water conservation at the grassroot level and to encourage rainwater harvesting by every household. Serious efforts by the government and the public will have maximum impact in solving the water issue of Tamenglong. Apart from it, government administrations can also involve religious institutions of the state, such as the churches, which plays a big role in the development of the society, in the efforts to protect the environment.