The International Human Rights Association said there is no difference between people who shoot innocent people and the one who shoots them back. 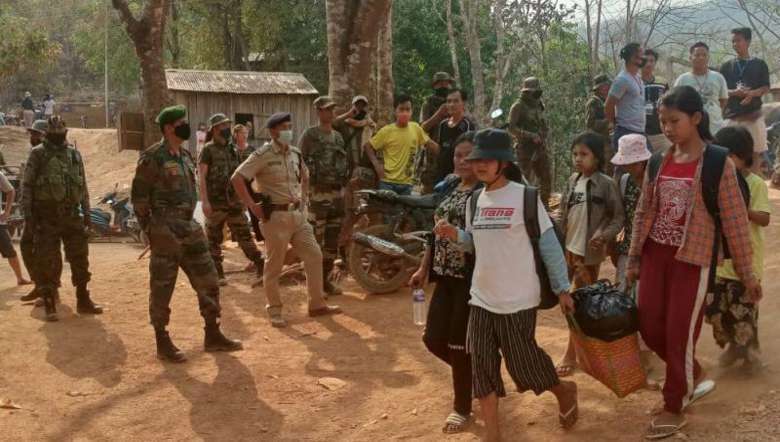 Condemning the news of deportation of Myanmar nationals by calling it simply disagreeable and an utter disregard for human rights, the International Human Rights Association (IHRA), India has urged the authorities concerned to accept the refugees on humanitarian grounds.

A release from IHRA stated that the deportation of Myanmar nationals that had fled their country out of fear for their lives has come as a shock to many. There is no difference between people who shoot innocent people and the one who shoots them back and it is an outright dishonour of the Right to life and personal liberty as laid down by Article 21 of the Indian Constitution, it added.

The Manipur government’s indifference to the deportations is objectionable given the heightened situation and incessant killings that could render anyone a victim, it stated urging the general public to raise their voices for the people of Myanmar especially those seeing refuge in India.  As a neighbouring country, India must not stay a mute spectator to the chaos overtaking Myanmar and the suffering and killing of innocents in the hands of the military, it maintained.

Urging the authorities concerned to not deny entry to the fleeing Myanmar nationals, IHRA also appealed to the CVOs of Manipur to render maximum services to the refugees who seek safety in bordering areas, IHRA, Manipur and Myanmar further made an appeal to the security forces deployed in the India- Myanmar border to open gates for the refugees and provide them free entry without any obstructions upholding the Geneva Convention 1949.

As per the Land Border Crossing agreement between India and Myanmar signed during the then external affairs minister Sushma Swaraj’s visit to Myanmar on May 11, 2018, any citizens from both countries can freely stay without Visas or documents within 16 kilometres, IHRA asserted while adding that India must agree to open a 1,643 km border with Myanmar in four Northeastern states for the safety of refugees on humanitarian grounds.

Meanwhile, North East Dialogue Forum (NEDF), in a special letter to the union external affair minister Subrahmanyam Jaishankar, has also made a request to people facing persecution in Myanmar to take temporary shelter in India with careful mechanism on completely humanitarian grounds.

It stated that the recent military coup is unfortunate to the democratic process of the people in Myanmar. Many citizens of Myanmar specially inhabited at the borders of Manipur, Mizoram, Nagaland and Arunachal Pradesh are under constant fear of prosecution, it mentioned.  While several people have been killed or wounded in the past weeks, on March 26  a group of about 26 Myanmar citizens that included small children, babies, pregnant women and aged people who were about to cross the border were also denied entry, it stated. The helpless citizens of Myanmar went back with tears and pleaded to be killed in the hand of the security forces in this country, it stated.

In regard to the situation, NEDF has urged the Prime Minister, union home minister and union external affairs minister to provide temporary shelter, food and healthcare to those facing the act of prosecution in the Indian side.  Requesting the authorities concerned to arrange a dialogue with the military leaders and the citizens, CVOs, religious leaders at the Indian embassy in Yangon, NEDF further appealed for a team to visit Myanmar to take stock of the situation.