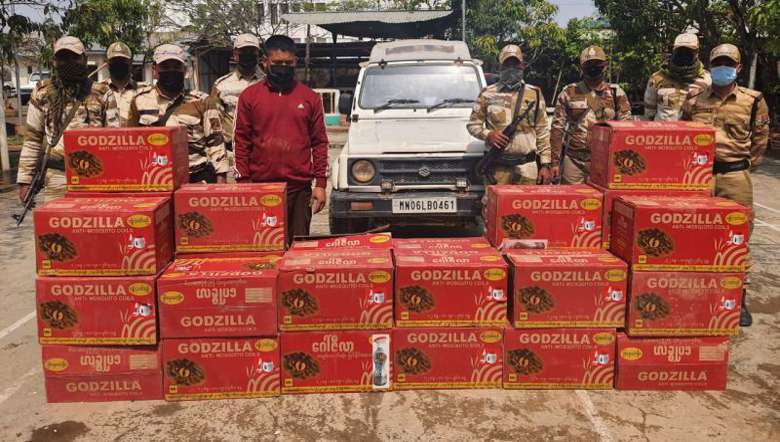 As per police source, a team of  Thoubal commando jointly led by head constables, Kh Rakib and Sh Suraj under the  command of OC of CDO Thoubal, inspector N Tikendra Meetei, have been conducting frisking and checking at Heitroipokpi area along Yairipok-Kasom Khullen road. During the frisking, one white colour ‘Gypsy’ bearing registration number MN06LB/0461 was detected with 32 boxes of the mosquito repellent coils of foreign origin from the possession of Md Mujibur Rahman, 36, son of Md  Fajur Rahman of Yairipok Tulihal Awang Leikai, it added.

Accordingly, he was detained along with the illegal items and the vehicle (Gypsy) and handed over to Yairipok PS for further necessary legal action, the source informed.