The results of three-phase 126-member Assam Assembly elections on March 27, April 1 and  April 6 will be declared on May 2. 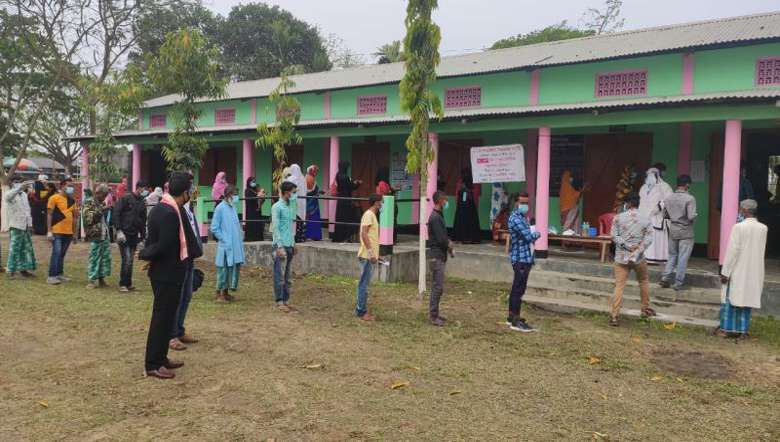 Polling for the second phase of the Assam Assembly elections is underway in 39 constituencies amid tight security and strict Covid-19 guidelines. Reports said that 310 companies of security forces and over 42,300 polling personnel have been deployed. The polling which began at 7 am will continue till 6 pm.

In the second phase, 73,44,631voters will decide the fate of 345 candidates, including four sitting ministers and deputy speaker. Twenty-six women candidates are also in the fray in this phase. The ruling BJP is contesting in 34 seats, while its allies Asom Gana Parishad (AGP) and United People's Party Liberal (UPPL) are contesting in six and three seats respectively while the Congress is contesting in 27 seats, the AIUDF in eight, the BPF in four and the Assam Jatiya Parishad in 17 seats.

Union Home Minister Amit Shah made a special appeal to the young voters to exercise their franchise for a peaceful and self-reliant Assam.

"Today is the second phase of polling in Assam and I appeal to everyone to cast their vote without fail. A special appeal to our young voters to exercise their franchise for a peaceful and self-reliant Assam," Shah tweeted.

Sarma has been asked to respond to the notice by 5 pm on April 2. The Congress had approached the EC alleging that the BJP minister had threatened to send Mohilary to jail by misusing the NIA.

The first phase polling of the state assembly elections was held on March 27. It witnessed 72 per cent voter turnout.

The results of three-phase 126-member Assam Assembly elections on March 27, April 1 and  April 6 will be declared on May 2.