ATSUM said that the agitations will include two days picketing of government offices and mass rallies. 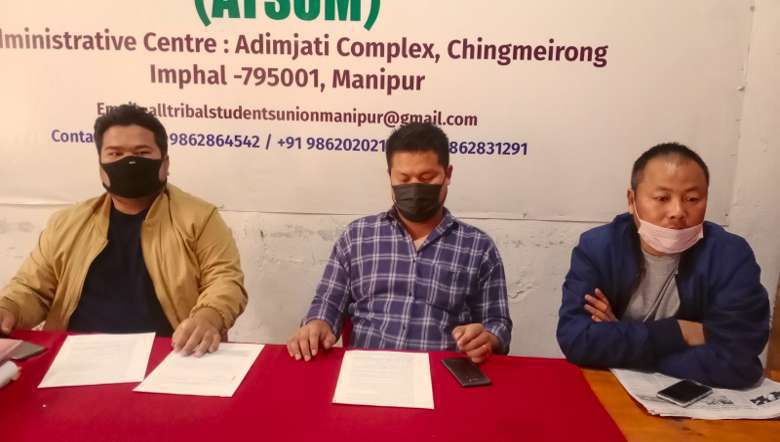 The All Tribal Students’ Union, Manipur (ATSUM) on Wednesday announced to resume its agitations from April 5 against the state government demanding issuance of election notification of the Autonomous District Council (ADC) election at the earliest.

ATSUM said that the agitations will include two days picketing of government offices and mass rallies.

“Perturbed with the state government’s apathy attitude towards the ATSUM charter of demands which were agreed for materialisation by both parties in its parley held on August 3, 2019, and the state government’s deliberate act of paralysing the grass root level democratic institution of the hills by procrastinating the Autonomous District Council elections against the two Memorandum of Understanding (MoUs) dated November 4, 2020 and March 14, 2021, signed between the State government and ATSUM, and demanding issuance of  notification for General elections to Autonomous District Councils, ATSUM has resolved to resume agitation from April 5, 2021,” a release issued by ATSUM stated.

The apex tribal students body alleged that the state government decision to conduct ADC Elections in the state, including the four new districts- Kamjong, Tengnoupal, Pherzawl and Noney, in its cabinet meeting on March 27, 2021 is  ambiguous and needs to be clarified by the state government to the public.

ATSUM allege that the decision is nothing but another sinister design to divide the tribal brethren, and to derail the elections to the ADCs of the hills. The state cabinet decision is one good “modus operandi to loot the tribal people” of their constitutional rights, it added.

ATSUM appealed to all the tribal people to stay vigil and be prepared to stand united to assert for their due constitutional rights.