The individuals who recently joined BJP are all from families who usually vote for NEIDP or Congress. 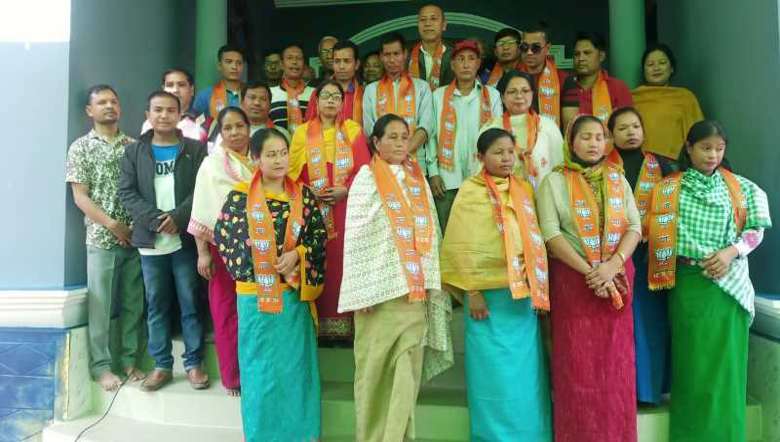 Heirok assembly constituency MLA Thokchom Radheshyam accorded a warm welcome to 46 individuals who formally joined the BJP on Saturday. The individuals who recently joined BJP are all from families who usually vote for NEIDP or Congress.

The 46 persons, who left their past allegiances to other political parties, stated that they joined the BJP because they strongly believe in Radheshyam’s impartiality and love for all people amongst others.

After applauding the newly joined members, Radheshyam also made a special appeal to BJP workers to restrain from gossip, physical altercations during election time and also avoid online confrontations “Even if some workers of other political parties keep on trying to malign BJP, truth will always prevail,” he said.

Radheshyam further stated that he is contesting for election with an aspiration to produce several renowned and knowledgeable individuals from the assembly constituency.

“In the coming 5-10 years, there will surely be a large number of DCs or SPs” he asserted.

On a side note, the MLA also stated that he will renounce his candidacy right at the moment the public is against him adding that no individual can stand alone against the public.