Dances, songs enthrall many in ‘Festival of Tribal Images of Manipur’ 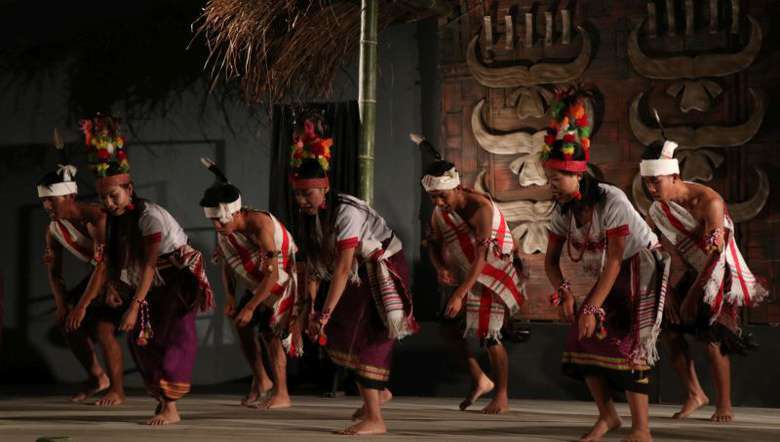 Hundreds of people were enthralled by performances of vibrant tribal dances and songs during the ‘Festival of Tribal Images of Manipur’ held on Saturday at the open air theatre of Jawaharlal Nehru Manipur Dance Academy (JNMDA).

Speaking on the sidelines of the festival, JNMDA director P Bilash said that different songs, dances and costumes of the different communities inhabiting Manipur make the state rich in culture and tradition.

When asked about the non-participation from other remaining communities, he said that JNMDA issued publicity in the media about the festival and all the troupes that applied were allowed to participate in the festival.

The opening of the festival began around 3:30 pm and the performances continued till the evening.

Meanwhile, some of the artistes highlighted that they were facing inconveniences as there were no accommodation arranged and they were made to return the long distances after the performance.

The JNMDA director further said that the festival was organised with a tight budget and therefore, the inability to arrange the accommodation.