Henry’s term expired on March 24 and therefore, filing a petition for extending his tenure to the Supreme Court is inappropriate and a complete violation of the Indian Constitution, Laishram Sotinkumar said. 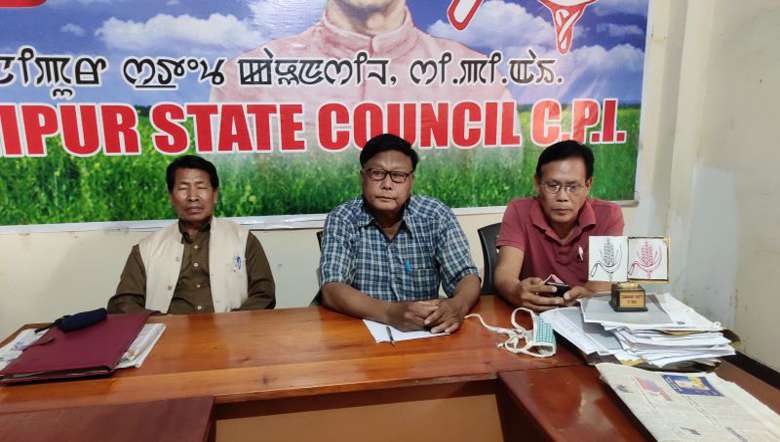 Communist Party of India-Manipur State Council (CPI-MSC) on Friday demanded immediate removal of Okram Henry from his cabinet post, while condemning his act of filing a petition in the Supreme Court of India to extend his tenure even after expiry of the term.

As per article 164 (4) of Indian Constitution, if a non-elected lawmaker is not able to get elected to the legislature within the grace period of six months, he shall cease to be a minister, said state secretary Laishram Sotinkumar in a press conference held at office its office, Irawat Bhawan.

Henry’s term expired on March 24 and therefore, filing a petition for extending his tenure to the Supreme Court of India is inappropriate and a complete violation of the Indian Constitution, he added.

“It may be possible to re-appoint non-elected lawmakers as ministers if he or she had performed some yeoman service and possessed some extraordinary qualities or has been a political veteran. Instead of possessing any such qualities, Henry is known for his involvement in a drugs haul case. Therefore, the state government should not allow him to hold his ministerial post any further,” he demanded. CPI/MSC will submit a memorandum to chief minister, N Biren Singh and governor, Najma Heptulla in this regard, he added.

Misinterpretation of the Supreme Court’s order in such a manner is unfortunate as it misleads the people of the state and it also demeans the court ruling as well, he said.

Sotin said that CPI-MSC strongly supported today’s nationwide bandh in connection with recently passed anti-farmers act. The bandh did not affect normal life in the state to an extent but it has been successfully carried out at various parts of India, he said. He also appealed to the authority concerned to repeal the said anti-farmers act.

Is Henry still a minister?