Is Henry still a minister?

IFP Editorial: Now, the pertinent question is why the Supreme Court set a future date even with the knowledge of expiry of the six month period. Is it a subtle message to the petitioner Okram Henry to consider his options once more? 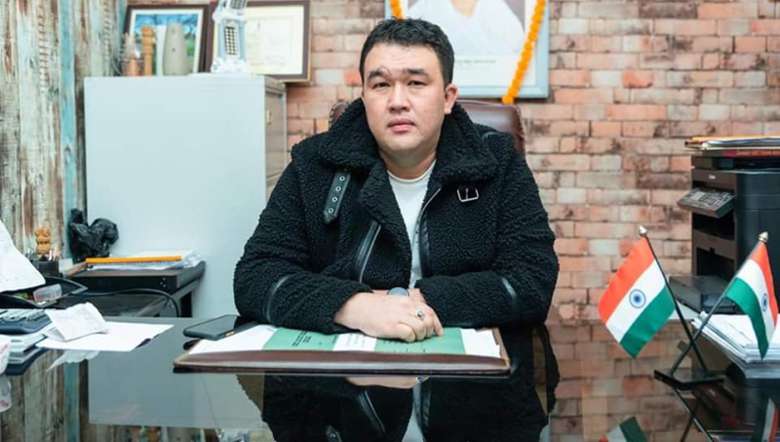 As Minister Okram Henry’s six month period of grace expired on March 24, the Supreme Court took up his petition the very day. But without giving any relief as prayed for, the three member bench headed by Chief Justice of India SA Bobde posted the matter after the Holi Holidays. Minister Henry’s petition had prayed for a direction to the Election Commission to hold bye-elections to the Wangkhei Assembly constituency in accordance with the Representation of Peoples Act 1951 and also pass appropriate directions that he shall not cease to be a minister as per Article 164 (4) of the Constitution in view of the situation arising out of the outbreak of the Covid-19 pandemic. However, the Court neither avail him the relief he was asking nor did it reject his prayer, and instead posted the matter to a future date. So, where does that leave Mr Okram Henry? Is he still a minister or not? It is a question on everyone’s lips today.

Henry, the previous Chief Minister O Ibobi’s nephew, was elected on a Congress ticket in the 2017 assembly elections. He was one of the Congress MLAs who were instrumental in saving the N Biren Singh-led coalition government. He along with others resigned from both the Congress party and state assembly in August 2020. He and O Lukhoi of Wangoi constituency was sworn in as ministers without being a MLA. Lukhoi got elected in the bye-elections, but bye-elections in Wangkhei assembly constituency was not announced by Election Commission of India due to a pending election petition in the High Court. So, Minister Henry went to the apex court and his matter was heard Wednesday as the six-month period expired. As per Constitution and the interpretation of the apex court, the law is very clear. According to Article 164(4), if a non-elected lawmaker is not able to get elected to the legislature within the grace period of six months, he shall cease to be a minister.

In 2001 August 17, a Supreme Court bench comprising of the then Chief Justice A S Anand, Justice R C Lahoti and Justice K G Balakrishnan has ruled that if a non-MLA has served as minister for six months without getting elected to the assembly, he cannot be reappointed as minister during the same term of the house. In its first ever judgment on the validity of a non-elected lawmaker remaining a minister without getting elected to the house directly or indirectly, the court said such a practice "would be clearly derogatory to the constitutional scheme, improper, undemocratic and invalid". The bench, thus, set aside Punjab Minister Tejpal Prakash Singh's appointment because he had not been elected to either house within six months in 1996. The son of slain chief minister Beant Singh, Tej Prakash Singh was inducted into the cabinet under article 164 (1) which stipulates that any person who is not elected to the house can be made the prime minister, chief minister or a minister for six months during which he shall get elected to the house.

The bench had said "reappointment of such a person, who fails to get elected as a member within the period of grace of six consecutive months, would not only disrupt the sequence and scheme of article 164 but would also defeat and subvert the basic principles of representative and responsible government." Taking a strong exception to the Singh's case, the bench said, "we are of the considered opinion that it would be subverting the constitution to permit an individual, who is not a member of the legislature, to be appointed a minister repeatedly for a term of 'six consecutive months' without getting himself elected in the meanwhile". Now, the pertinent question is why the Supreme Court set a future date even with the knowledge of expiry of the six month period. Is it a subtle message to the petitioner Henry to consider his options once more? Well, it is for him to decode the message.